Lack of FM Could Cost UK Circa ÂŁ1 Billion 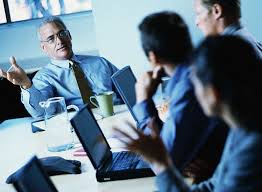 Research released today suggests that UK businesses could be losing out on savings of nearly £1 billion based on original research results produced by ComRes which stated that the median average is made up of £1,000 in property operating costs and £3,000 in terms of time and non-staff resources.

RICS research has  found that around 26% of organisations in the UK are still not taking a strategic approach when it comes to FM and those that are could be saving themselves as much as £120,000 on average.

As a result of its findings, RICS suggests that a reluctance to invest in and embed a dedicated FM programme within an organisation (an approach it calls ‘Strategic FM’ - SFM) means that many businesses and public sector organisations could be missing out on huge cost saving opportunities.

The research conducted with 707 small, medium and large organisations from across the public (203) and private sectors (504), also shows the positive impact SFM has on those organisations that already adopt the approach.  Half of those interviewed who use SFM said that it has saved their organisation money – with many of those in the private sector reporting the positive impact it has had on their profitability (39%) and turnover (48%).

Of those questioned specifically in the Government sector, the tangible benefits of a more strategic approach to FM were even higher with 70% of those respondents that use SFM saying that they had seen an overall increase in productivity, with a further 71% stating that they had also seen an increase in employee engagement.

Johnny Dunford, Global Commercial Property Director at RICS, said: “It’s clear from our research that recognising FM as a strategic discipline has the ability to bring about tangible business benefits for organisations of all shapes, sizes and sectors. With nearly £1 billion being wasted by those organisations without SFM in place, our research clearly demonstrates that more needs to be done to get leaders in the private and public sectors on board with the new approach. By recognising FM as an important strategic discipline, businesses could reap the huge business benefits it promotes."

The Integrated Workplace Management System market is expected to grow at a rate of 14.25 per cent from 2020 to 2027. The report from Data Bridge Market Research,...

Overloaded and Under Engaged â Tech and Emails are Turnoffs

Rinnai Operations Director Chris Goggin comments: âRinnai welcomes the UK âHeat and Buildings Strategy,â as it outlines a route to a green industrial revolution that enables the delivery of a lower carbon future and achievement of NetZero targets. Click Image To Read More ...

The value of a regular programme of faĂ§ade and window redecoration goes far beyond the very obvious aesthetic improvements it entails. Click Image To Read More

COP25 vs COP26: Whatâs next for global change action?

With less than nine weeks until the COP26 Summit takes place in Glasgow, it is expected that all eyes will be on the nations at the Summit to progress with negotiations and set ambitious, achievable targets to tackle climate change. Now two years on from the last event, will this yearâs summit achieve what COP25 could not? Click Image To Read More