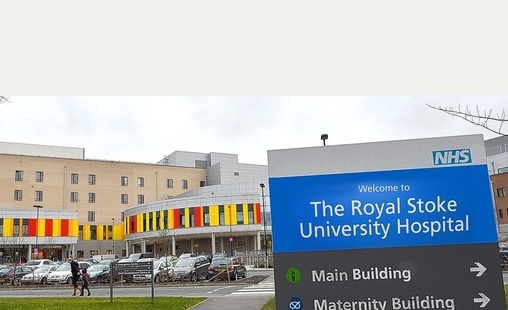 Laing O’Rourke Construction Ltd has been fined for causing a major gas leak at what was the University Hospital of North Staffordshire (now called Royal Stoke University Hospital) on 8 January 2014 during work to create a new car park and install new drains.

An excavator struck a buried plastic gas pipe, causing significant damage to the pipe and a large release of gas. The hospital declared a major incident and set up an exclusion zone around the pipe which included the main internal road through the hospital’s grounds, causing traffic chaos on surrounding roads. It took 90 minutes to stop the leak, during which time a significant quantity of gas was released into the atmosphere.

Stafford Magistrates’ Court was told that the pipe fed an energy centre that provided 90% of the hospital’s heating. Fortunately, the energy centre was duel fuel and engineers were able to quickly switch the heating supply to oil.

A Health and Safety Executive investigation found that Laing O’Rourke had failed to implement a safe system of work and follow relevant guidance for safe digging when dealing with buried underground services. HSE guidance states that the position of plastic (PE) gas pipes should be located by hand digging before mechanical excavation begins. It also states that mechanical excavators should not be used within 500mm of a buried gas pipe.

Dartford based Laing O’Rourke Construction was fined £14,000 and ordered to pay costs of £1,723 after pleading guilty to breaching Regulation 34(3) of the Construction (Design and Management) Regulations 2007.

“As a large, experienced construction company, Laing O’Rourke were well aware of the relevant guidance on dealing with underground services,” said Andrew Bowker, HSE Inspector, speaking after the hearing. “On this occasion there was a general breakdown in the company’s comprehensive health and safety procedures for preventing such an incident.”

Mr Bowker went on to state that Laing O’Rourke had failed to suitably plan and monitor the work, hand dig trial holes to locate a known gas pipe, have a suitable exclusion zone between the excavator and the pipe and use safe digging methods to expose the pipe.

“The result was a highly dangerous situation that had the potential to expose construction workers, hospital staff, patients and visitors to an initial flash fire and subsequent fire and explosion risk,” concluded Mr Bowker.