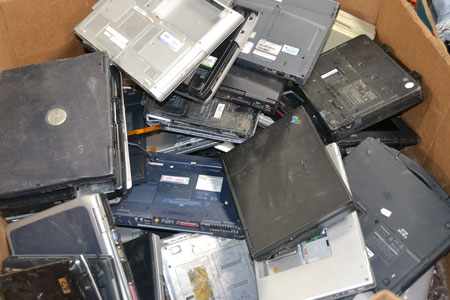 A scheme that is claimed will change the lives of hundreds of homeless people will provide them with refurbished laptop computers and training.

The Laptops for Homeless Support Initiative is the brainchild of Socialbox.biz, a social enterprise company specialising in ‘innovative’ storage and recycling options for business, in partnership with the charity Thames Reach.
“These computers will give the homeless and marginalised people who receive them the opportunity to communicate with friends and relatives, develop new interests and improve access to advice to improve their skills and employment prospects,” stated Jeremy Swain, CEO, Thames Reach London. “Our Employment Academy is helping thousands of unemployed and economically disadvantaged people in the capital and the partnership with Socialbox will enable us to help even more people.”
Peter Paduh, Chairman of SocialBox.bix went on to state that society was becoming ever more dependent on computerised technologies but thousands of people were still with no access to this “vital resource” and as a consequence, lived in social and digital exclusion in London.

An estimated 2 million working PCs are scrapped in UK every year. “Our priority is to turn them into a valuable resource for our local community where you and I live,” explained Mr Paduh. The scheme took those computers no longer needed, arrange for them to be refurbished and give some of them to organisations that helped those who needed them most gain access to information technology and search for employment. “We’re delighted to be working with Jeremy and Thames Reach on this exciting project which I'm sure will involve the enthusiasm of leaders and executives at companies and organisations across the region.”
One company that has worked closely with the project has been Shell London. “Many companies replace their older laptop computers with the latest in new technology well before their old computers have become completely useless,” said Sharon Lewis, a spokesperson for the company. “As part of a past Shell London community investment initiative, we worked with Peter Paduh on similar community focused projects. My personal reflection is that initiatives such as this should be encouraged as part of firms and employee Corporate Social Responsibility efforts.”

Picture: An estimated 2 million working PCs are scrapped in UK every year but many can be given a new lease of life with projects like the Laptops for Homeless Support Initiative

Thin Edge of the Computer

Cost savings of up to 47% and reduced global warming potential up to 59% are two benefits of computer recycling according to research from a German institute. Most...