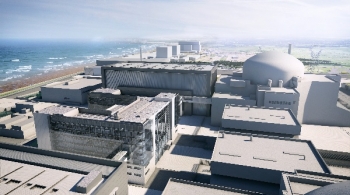 The position of the Hinkley Point C nuclear programme looks in danger of degenerating into a French farce as the EDF Group management announced it would not decide on its side of the finance package until this September.

A confused picture has emerged following the recent visit of the French government’s Economics Minister, Emmanuel Macron who, on a trip to London, said a decision would be reached by the state owned energy giant in May. Back in Paris the facts of life seemed to have shifted the announcement to September as Macron later told the French newspaper, Journal du Dimanche.

At the heart of the matter is the difficulty of EDF to raise the finance for its side of the project, along with objections by French trades union representatives who sit on the Board and have complained that the project costs too much. In its long awaited statement the management said ‘significant recapitalisation’ would make it possible for it to go ahead with ‘its strategic investment programme including Hinkley Point C’.

The €4 billion it has to commit would make it more than likely that the green light would be given for the project to commence but it now seems unlikely that electricity will be produced by 2025, a date that was trumpeted back in October last year when an apparent agreement had been reached between the UK and Chinese governments and EDF.

On this side of the English Channel the government, business interests and trades unions will be hanging on until the autumn for the French to decide the fate of Hinkley where 25,000 jobs were expected to be created and when the plant is fully commissioned would generate 7% of the nation’s electricity.

Picture: Zut alors! Delays again for Hinkley as EDF struggles to come up with its side of the financial deal