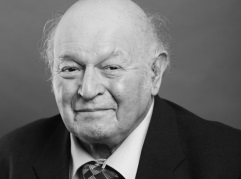 A memorial service for Colin Hasson, Vice President of BICSc, will be held to commemorate his life and contribution.

The Life Vice President of The British Institute of Cleaning Science (BICSc) died in early April will have a memorial service later this month.

A funeral service was held on the 6 May at St Mary’s Church in East Haddon. This was attended by many friends, family and industry figures.

Colin Hasson was seen as a stalwart of the Institute, joining the organisation 38 years ago in 1977. He was a champion of the cleaning industry, always taking pride in his achievements and was highly respected by his peers and colleagues. Those who knew him well considered him a mentor as well as a friend. Although being unwell for some time, Colin Hasson attended the BICSc Council meeting in January this year where his contribution was a valued one.

The Institute has planned a memorial service to celebrate Colin’s life; it will also give those who could not attend his funeral a chance to mark their respects for a key industry figure.

For further information, e-mail: lynn@lwc-ltd.co.uk to confirm numbers. There will be light refreshments after the memorial service.

Picture: Colin Hasson, a major figure in the cleaning industry and Life Vice President of BICSc, will be honoured this month at a memorial service.

Cleanology, VINCI Facilities and The Churchill Group are amongst the finalists for the Kimberly-Clark Professional’s Golden Service Awards 2022. The awards...

A virtual training initiative from The British Institute of Cleaning Science is being celebrated after thousands of candidates have signed up for the e-learning...

Mitie has announced that Lorraine Davis has been appointed as Director of Cleaning Services. Davis has over 40 years of experience in the cleaning industry,...

We are thrilled to announce our line-up of inspirational speakers for the Workplace Excellence channel at RE:Connect, by Unissu. Sharing insights from their careers to...

ThisWeekinFM is participating in a global property industry event, and is calling for expert speakers to join them. Taking place on 7 January 2021, RE:Connect, by...

The British Institute of Cleaning Science has released the much-needed industry publication: “BICSc Standards & Best Practice.” At a time where...

Dr Andrew Kemp has told a national newspaper that it’s not yet been proven that alcohol-based hand sanitiser could kill the virus that causes COVID-19 on...