Learn - All About Apprentices 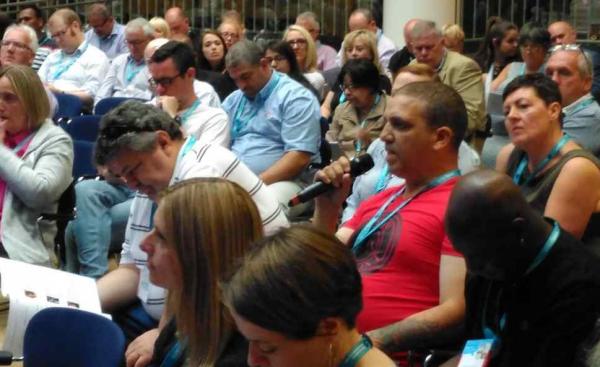 O’Grady added that unions would be working to support the potential of young people and will be expanding their work on apprenticeships. "We need to make sure we have more good schemes that lead to a good job and a good career," said O’Grady. "Last year nearly 15,000 apprenticeships were supported by the Union Learning Fund."

The conference (held week ending July 7) placed apprenticeships at the centre of the programme. New publications were launched such as 'Unions supporting higher quality apprenticeships' and 'Accessible Apprenticeships'. TUC President Mary Bousted chaired a panel discussion with apprentices from MerseyTravel, HMRC and Unite the Union talking about their experiences. Peter Lauener, Chief Executive for the Institute of Apprenticeships updated delegates on the importance of apprentices and plans to increase numbers of schemes over the coming year.

The conference was also a chance to recognise Union Learning Reps with the 2017 annual ULR awards. This year awards went to:

Picture: Delegates had a lot to ask at the TUC Learn Annual Conference

Carillion is providing a career kick-start for engineering apprentices on its highways projects. Seven young people are setting off towards engineering careers after...

Week ending October 27, saw the Minister for Apprenticeships and Skills  Anne Milton announce a series of appointments to encourage people from all ages and...

Harlow's Halfon Fixes It for Apprenticeships

Plans Develop with Structure in Place

CH&Co Group has strengthened its commitment to the training and progression of its employees with a new learning and development team structure and key...