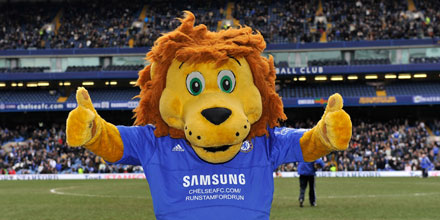 Levy Restaurants has signed to become Chelsea's caterer - with the deal seeing the firm look after food at the squad’s Surrey training ground.

The company has designed bespoke menus for the team, working in partnership with the players’ nutritionists and performance coaches. Levy will also be responsible for servicing the needs of non-match day events including meetings, exhibitions as well as corporate and milestone occasions.

The bigger part of the arrangement sees Levy responsible for the catering across the Chelsea Football Club estate; including the training facility, Stamford Bridge, the club’s ramshackle stadium, a private members health club, a music venue (Under the Bridge) and two restaurants (Marco Grill and Frankie’s Sports Bar and Diner).

Levy Restaurants has already been working on creating new hospitality offerings for the premium seat market - but will not be forgetting the hotdogs and beer. The operation includes feeding an estimated 1.15 million fans annually across the 43 public catering outlets, 58 boxes and 20 suites on match days. Over 1,000 corporate and private events are held each year at Stamford Bridge generating important non-match day revenue.