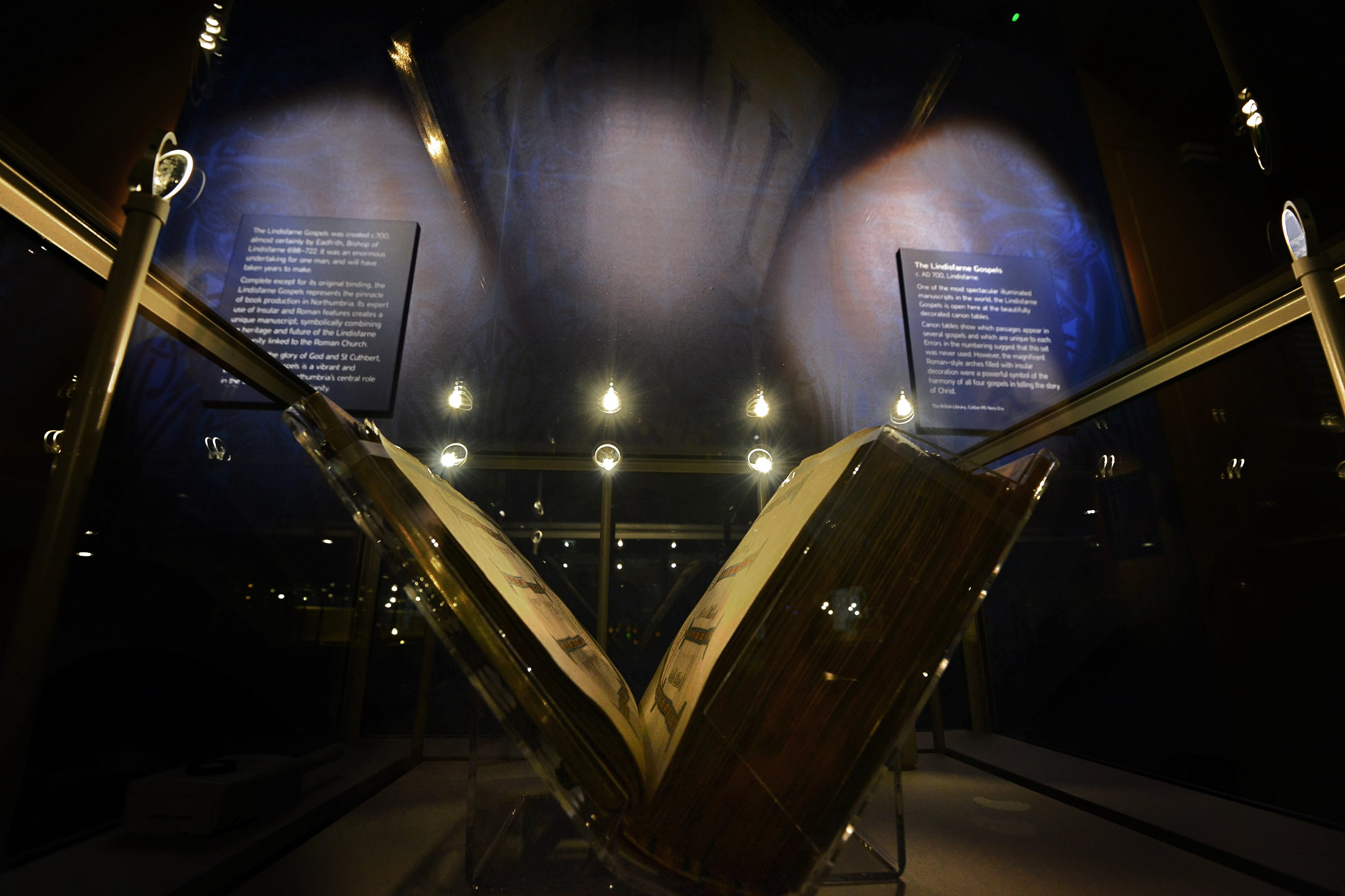 Much preparatory work has gone into welcoming the Lindisfarne Gospels to Durham University’s Palace Green Library and in particular into creating the exacting conditions required for the storage of such a priceless document. Specific designs for special lighting and precise climate controls to the gallery where the manuscript is being displayed have been delivered by Desco, who have been working closely on the project, alongside the Durham University Estates team.

The manuscript, Europe’s oldest surviving intact book, contains the four Gospels of the New Testament and is commonly regarded as one of the greatest achievements of British medieval art. It is also the oldest known version of the gospels written in the English language.

Whilst only two pages of the gospels will be visible at the display, visitors will be able to flick through and zoom into pages using a specially created digital version of the whole manuscript.

The document was produced and decorated around AD715 in honour of St Cuthbert, by one man – Eadfrith, the then Bishop of Lindisfarne, a small island off the Northumberland Coast, also known as Holy Island; Eadfrith used intricate and symbolic artwork to help convey the gospels’ message to those who could not read.

A note or ‘colophon’ was added to the text in AD960 by priest Aldred which included a ‘gloss’ - a word by word translation of the entire text, so that above every Latin word on the manuscript there is an old English version.

The making of the book - which escaped Viking raids and turmoil - required time, dedication, and the invention of new tools and materials. The manuscript contains exquisite calligraphic script and illustrations of strange beasts and spiral designs. Eadfrith manufactured his palette of around 90 colours using only six local animal, vegetable and mineral extracts.

Experts estimate that it would have taken him between five and ten years to complete the manuscript. In the eighth century a decorative leather, metal and jewelled binding was created for the manuscript but during Viking raids on Lindisfarne, this ornate cover was lost; in 1852, a replacement binding was made.

During the raids, the document, together with St Cuthbert’s body, other books and relics, was carried by the wandering Lindisfarne monk community to Chester-le-Street and, from there, to Durham. Much later on, after the dissolution of the monasteries, the gospels ended up in the hands of private collectors in London before being acquired by the British Museum.

The three month exhibition of the Lindisfarne Gospels at Durham will also display the jewelled cross, travelling altar and sapphire ring found in St Cuthbert's coffin with items from the collections of Durham University and Durham Cathedral and loans from national institutions including items from the Staffordshire Hoard.

The programme of events celebrating the manuscript’s visit to the North East will feature exhibitions, performances, concerts, pilgrimages and retreats and runs until 30th September.

Durham University is hosting the Lindisfarne Gospels exhibition on behalf of the North East of England in partnership with the British Library, Durham Cathedral and Durham County Council.

For tickets to the exhibition, visit www.lindisfarnegospels.com

Getting Fit by Appearance

An interior design company has shown what can be achieved by the imaginative use of glass in a health clinic.  The Spanish and French team – Alguacil &...