Lighting is King of the Forest 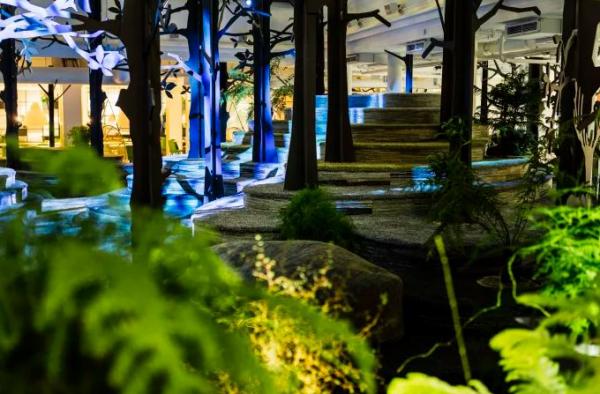 When social game developer King commissioned a new Stockholm workplace, ÅF Lighting was given responsibility for the lighting design, in collaboration with interior designers Adolfsson & Partners.

In spite of a tight time schedule, the project was successful and on the September 6 2016 the team was awarded this year’s Swedish Lighting Award for its work.

The workplace features an indoor forest with light and sounds which change with the seasons, lighting and interior design characterized by visual attraction and comfort, and a range of spaces designed to encourage creativity.

The jury praised 'the inspiring visual interplay between lighting and interior design, creating excellent conditions for creative work' and claimed that the winners had managed to 'blur the lines between fiction and real life'.

“To step into this office is an extraordinary experience”, said one of the jury members. “It is like coming onto a stage and suddenly becoming part of the choreography.”

Accepting the award at a ceremony at Berns Salonger in Stockholm, the winning team praised the close cooperation and transparency between the parties involved.

“Many factors contributed to the success of this project. The most important ones were an end user with clear views and an interior designer with great visions”, said project manager and lighting designer Martin Petersson.

Concept designer Tobias Olsson was equally enthusiastic: “Best of is all is that we have created an environment which affects so many people in a positive way. That’s one of the main reasons why working with light is so rewarding.”

Kai Piippo, who is Head of Design at ÅF Lighting, perceives a clear trend towards more human-centric workplaces: “Offices are definitely becoming more varied and tailored to the needs of employees. Winning this award tells us that we are doing the right things. We’re heading for the future.”

Managing Not Monitoring - the Rise of the Real BMS

Simon Blazey of Tridonic believes that for too long the BMS has not really been able to manage buildings but now, with the advancements in Smart technologies and...

Get ready to set the alarm an hour earlier this weekend - Daylight Saving Time begins on Sunday March 26. At 2:00am, the clocks will be put forward an hour officially...