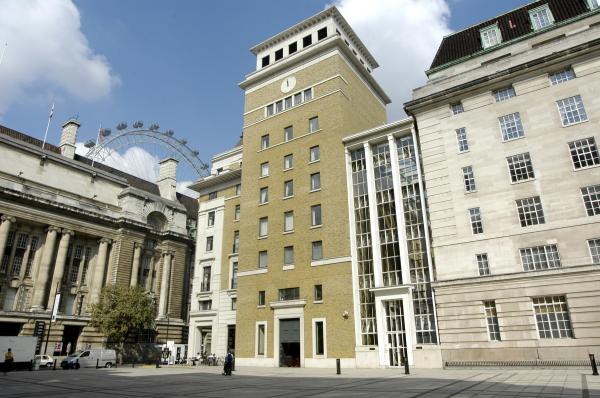 The exclusive London County Hall Apartments has seen the light – or more to the point the lightning - and chosen PTSG’s Electrical Services division to carry out major lightning protection repairs.

Exposure to harsh weather conditions, combined with various roofing and asphalting projects on the site’s roof, the majority of the lightning protection earth connection points had become damaged and were no longer working satisfactorily.

Lightning protection engineers worked alongside an appointed roofer, who opened up the roof safely to expose the puddle flange connections to the building’s internal steel structure. The connections were then removed and replaced.

Once the replacement connections were fitted the roofer sealed the exposed sections of roof back up and weatherproofed the structure, taking care to restore it to its original design and not affecting the aesthetics of the apartments. 607 of them were the result of a conversion of the old Greater London Council’s Thames riverside home – and Edwardian Baroque Portland stone palace.

Both teams had to be conscious of adhering to the client’s strict safe system of work methods. With concrete being broken out on the roof, it was essential that the work did not pose any risk to pedestrians on the ground.

The site sits right next to the London Eye tourist attraction.

Another safety consideration was the lack of edge protection on the roof, meaning the engineers had to take additional precautions for fall protection, ensuring they were attached to the building at all times by a full body harness and restraint lines.

Once replaced, PTSG’s team carried out extensive continuity testing to ensure that the new puddle flange connections will withstand the power of any potential strikes in the future and also have the integrity to last in to the future.

The project took place and was completed and handed over in a full working week.

Below: Repairs on the building’s roof 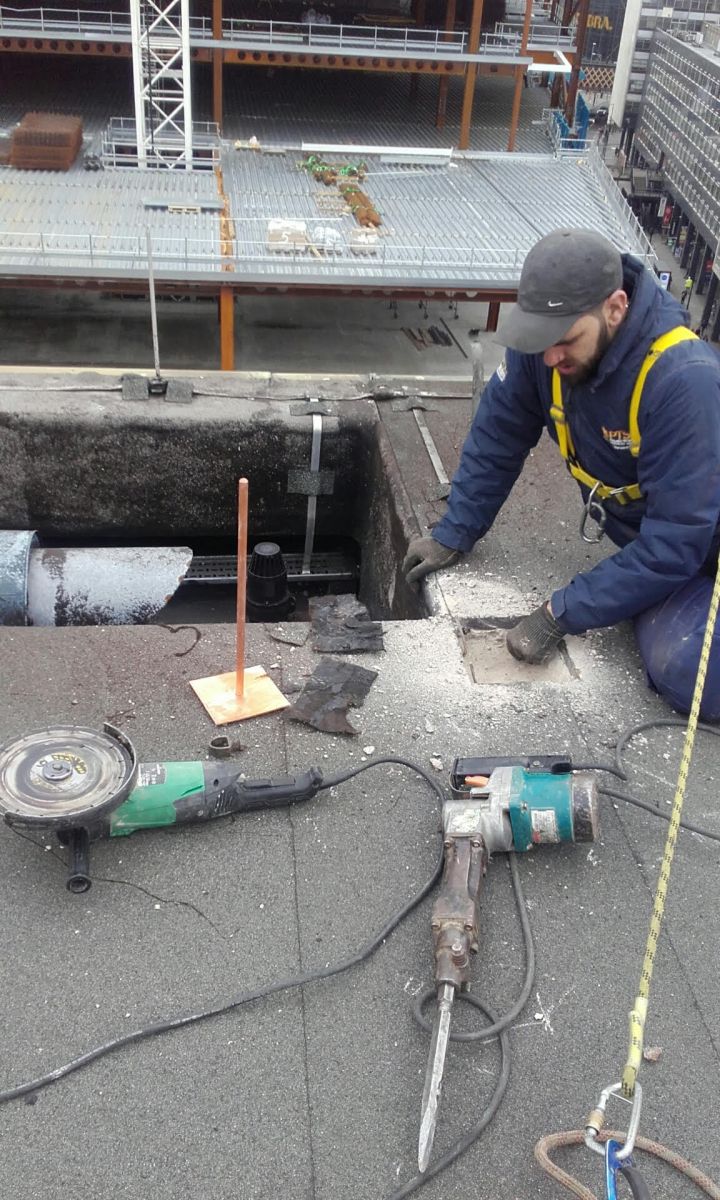