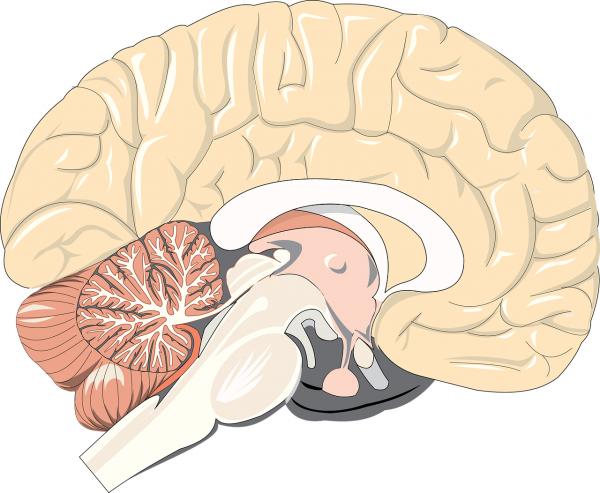 Tiny magnetic particles from air pollution have for the first time been discovered to be lodged in human brains – and researchers think they could be a possible cause of Alzheimer’s disease.

Researchers at Lancaster University found abundant magnetite nanoparticles in the brain tissue from 37 individuals aged three to 92-years-old who lived in Mexico City and Manchester. This strongly magnetic mineral is toxic and has been implicated in the production of reactive oxygen species (free radicals) in the human brain, which are associated with neurodegenerative diseases including Alzheimer’s disease.

Professor Barbara Maher, from Lancaster Environment Centre, and colleagues (from Oxford, Glasgow, Manchester and Mexico City) used spectroscopic analysis to identify the particles as magnetite. Unlike angular magnetite particles that are believed to form naturally within the brain, most of the observed particles were spherical, with diameters up to 150 nm, some with fused surfaces, all characteristic of high-temperature formation – such as from vehicle (particularly diesel) engines or open fires.

The spherical particles are often accompanied by nanoparticles containing other metals, such as platinum, nickel and cobalt.

Professor Maher said: “The particles we found are strikingly similar to the magnetite nanospheres that are abundant in the airborne pollution found in urban settings, especially next to busy roads and which are formed by combustion or frictional heating from vehicle engines or brakes.”

Other sources of magnetite nanoparticles include open fires and poorly sealed stoves within homes. Particles smaller than 200 nm are small enough to enter the brain directly through the olfactory nerve after breathing air pollution through the nose.

“Our results indicate that magnetite nanoparticles in the atmosphere can enter the human brain, where they might pose a risk to human health, including conditions such as Alzheimer’s disease,” added Professor Maher.

Leading Alzheimer’s researcher Professor David Allsop, of Lancaster University’s Faculty of Health and Medicine, said: “This finding opens up a whole new avenue for research into a possible environmental risk factor for a range of different brain diseases.”

The results have been published in the paper ‘Magnetite pollution nanoparticles in the human brain’ by the Proceedings of the National Academy of Sciences.

Picture: The link between air quality and brain function is nearer being a conclusive argument

30% of Londonâ€™s Particulate Matter is From Construction Sites

Is Chinaâ€™s Cleaner Air Making The Rest of the Planet Warmer?