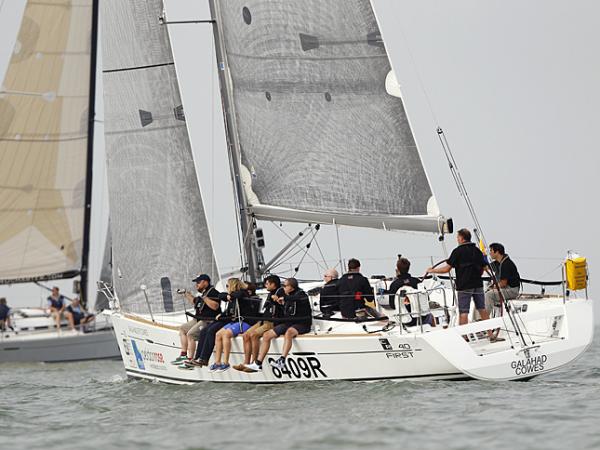 The Little Britain Challenge Cup (competed for by the property and construction sectors), the biggest sailing regatta in the UK outside of  Cowes week, took place last weekend and ThisWeekinFM was on the Office Space in Town/Peldon Rose triumphant team that took four of the most prestigious trophies...only missing out on the Challenge Cup itself because the  boat was deemed ineligible.

Office Space in Town/Peldon Rose took the Tarkett Summer Trophy for achieving the lowest score of any competitor - along with The Newcomers' Trophy, the Class 5 Trophy and a special award from the Organising Committee.

ThisWeekinFM Chief Correspondent Brian Shillibeer who joined the crew of the good ship Galahad  said: "Despite a distinct lack of wind, this was a fabulous event and I was particularly pleased to see the event growing again after a few years in the doldrums. The construction, property and FM sectors are  seeing massive growth and the money to invest in playing hard is coming back to important networking events like this. I met some hugely influential people including Peter Thompson who started the whole thing off - and he gave me the true history of how it all started...but off the record of course."

Racing was organised by the Royal Yacht Squadron and social events ashore included the Lakesmere Pontoon Party, a BBQ and Crew Party at the Royal Corinthian Yacht Club and the Prize Giving Dinner. 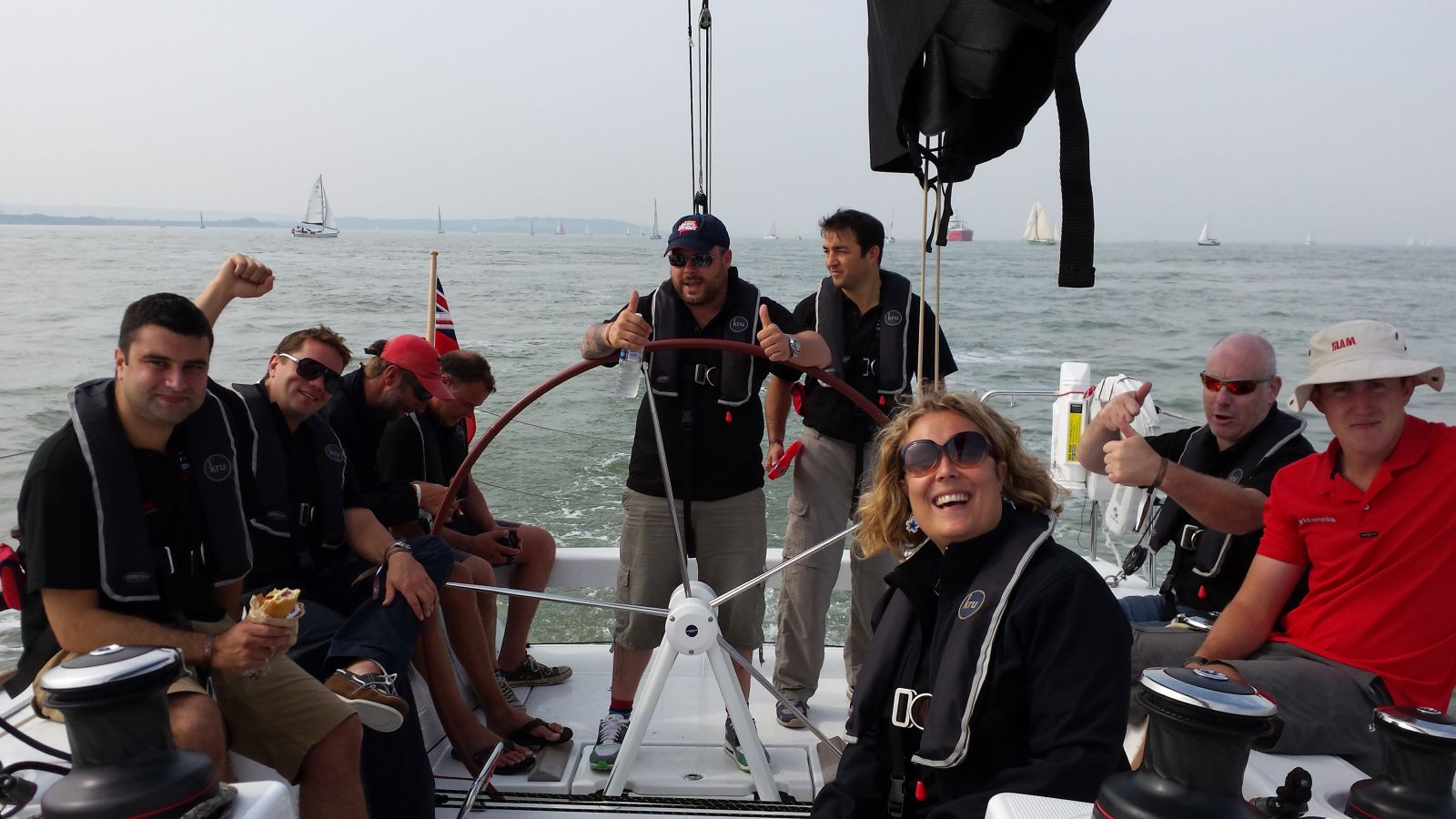 Pictured Above: the Office Space in Town and Peldon Rose Winning Team:

ThisWeekinFM has an invite to join the Little Britain Sailing Challenge this weekend with practice starting today. The invite comes from property firm Office Space in Town and leading design and fit out company, Peldon Rose. The two came-up with the idea after redeveloping a property at Little Britain London Wall - just like the founders of the Challenge.

Peldon Rose and Office Space in Town are responsible for the fabulous 20 Little Britain office redevelopment.  The inspiration behind this unique office; think Geoffrey West shoes – a touch of traditional with a modern twist. Whilst working on this project a challenge was thrown down. Niki Fuchs and Giles Fuchs from Office Space in Town are keen on sailing - as are some of the folk from Peldon Rose, namely Dan Prichard and Jitesh Patel (CEO of Peldon Rose). So it seemed logical for there to be a sailing theme - and of course that's where Little Britain came in.

Office Space in Town - will be racing a 'ladies boat' with five women crew whilst Peldon Rose will host a 'combined boat'. Sailors will range from competent to novice - a feature of many boats in the Challenge. If you want to follow fortunes - Sentosa and Galahad are the boats to watch out for on Twitter.

Brain Waymire from Peldon Rose will also be taking a party of non-combatants and manning a rib.  He says: "Euston Tower was the project that started our ‘client for life’ relationship with Office Space in Town.  This relationship has now seen several outstanding offices completed including 20 Little Britain and our recent project @Waterloo; an Alice in Wonderland themed space, with other exciting projects coming soon." ThisWeekinFM will be taking a tour of some of those projects - keep an eye out for our reports.

History of the Event

Peter Thompson, Steve Green and Phil Davis, who were all consultants for the Little Britain Office Development on London Wall, did not know what they were starting in 1988. The original wager for the single race was the price of a dinner. Today it is the biggest regatta in England after Aberdeen Asset Management Cowes Week, and is easily the biggest European industry event.

Despite this, the founder’s objectives are still being met. It is a fun event for the construction industry, where it is the participation and not the winning that counts.

It is the volunteer committee’s task to maintain these standards and ensure that it remains a premier event in both the yachting and construction industry calendars. There is little scope to make the event any bigger, but we can strive to make it better. This can only happen with the continuing support of the entrants and indeed the sponsors.

At the same time as we are all having fun, we are also raising substantial sums of money for our chosen sailing charities.

Following on from our consultation with past entrants earlier in the year the regatta will now be a two-day event taking place on the 5th and 6th September. This responds to a preference for the event to be structured around Friday and Saturday.

Over 25 years, Little Britain has donated well in excess of £1.25m to sailing charities helping disadvantaged or disabled people experience the world of sailing. The 2012 regatta raised £20,000. The money raised in 2012 was distributed among nine charities, including the Ellen MacArthur Cancer Trust, the Jubilee Sailing Trust, the Cirdan Sailing Trust and the Team GBR Paralympic Classes Squad.