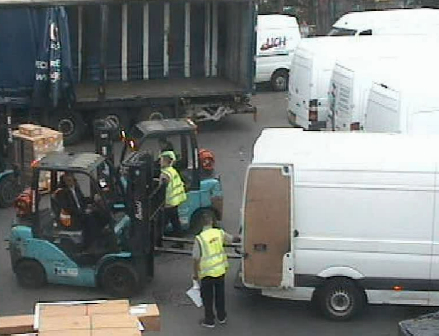 A logistics company has been fined £20,000 after a worker was hit by a forklift truck in a busy yard and suffered head injuries.

The HSE investigated and prosecuted UCH Logistics over its failure to segregate vehicles and people in a yard where the danger of such an incident happening was 'entirely foreseeable'.

CCTV footage from the site, in Staines, Middlesex, showed forklift trucks loading and unloading vans with pedestrians routinely weaving between them.

Redhill Magistrates’ Court was told Mr Elliss, now 53, from Isleworth, sustained head injuries in September 2014 that continue to have an effect on him to this day. Middlesex-based UCH Logistics told HSE the yard had been resurfaced a few years earlier and no markings were put in place to segregate vehicles and people. The company pleaded guilty to breaching the Workplace (Health, Safety and Welfare) Regulations 1992 – specifically Regulations 17(1). It was fined £20,000 and ordered to pay HSE costs of £942.40.

“Workplace transport incidents are the third highest cause of workplace fatalities, and accidents can be prevented if companies implement simple control measures,” stated Russell Beckett, Inspector, HSE who investigated and prosecuted this case, after the hearing. “The need to walk through this area was clearly foreseeable and the risk from vehicle traffic was high. When I saw the CCTV footage, it was clear this was an accident waiting to happen.”

Picture: A still from the CCTV shows the incident in September 2014