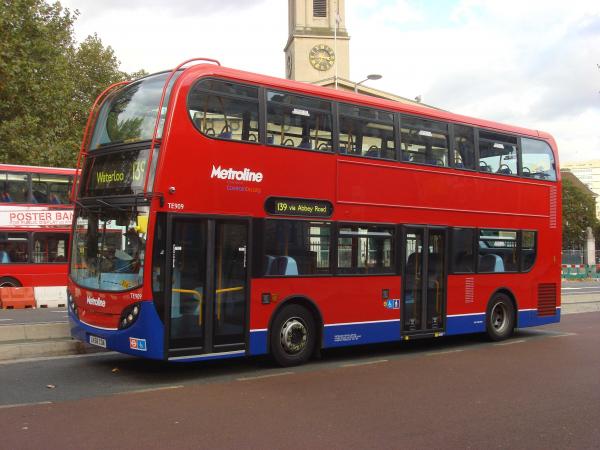 Transport for London is continuing to warn bus passengers that their journeys could be significantly disrupted today (Tuesday 13 January) due to strike action. Customers are being kept informed throughout the day through regular website updates, Twitter (@TfLBusAlerts) and the usual electronic signs at around 2,500 bus stops.

A full list of affected bus routes and the level of service they are currently operating has also been published at: http://www.tfl.gov.uk/cdn/static/cms/documents/bus-strike-service-update.pdf.

TfL says the bus network carried around a third of its normal number of passengers this morning and the public transport network as a whole saw over 80 per cent of normal passenger levels, with significant numbers choosing to walk or cycle short distances to work.

The strike has affected services from around 4:00am this morning and will affect night bus services operating tonight into Wednesday morning. Bus services during the day on Wednesday 14 January should operate as normal.

A number of bus routes are not affected by today's strike action and will run a normal service:

B12 - Erith to Joydens Wood

The bus companies likely to be affected by the bus strike are:

Bus services during the day on Wednesday 14 January should operate as normal.

Transport for London is working to keep London moving should the strike go ahead. Customers with a Bus & Tram Pass season ticket will be able to use it on the Tube, DLR and London Overground services.

Here are some tools to help plan your journies:

Plans are still going ahead for a strike on London’s buses this coming Tuesday - with many predicting greater chaos than the recent Tube strikes. The Unite union is committed to taking strike action on Tuesday, 13 January against what it sees as disparity in wage rates and conditions operated by the bus companies.

Due to take place between 00:01 and 23:59 on Tuesday, it argues that the 18 bus operators were ‘burying their heads in the sand’ over ‘glaringly unfair’ pay disparities. Unite hopes that that up to 27,000 bus workers will be taking part in a London wide bus strike.

The dispute centres on the 80 different pay rates covering London’s bus drivers, often doing the same job and even driving the same route but for different rates of pay. Unlike tube drivers, there is no collective pay deal for bus drivers in the capital,

Against this, Transport for London (TfL) has criticised Unite for calling out its members when less than 16% had voted for such action. “It is extremely disappointing that Unite has decided to threaten unnecessary disruption, especially given the low turnout for the ballot and low numbers voting for the strike,” said Leon Daniels, TfL's MD, Surface Transport. “Bus drivers' pay and conditions are a matter for the bus companies and Unite to discuss, as it has been for 20 years, and we would urge them to seek a swift and fair resolution for the sake of our passengers.”

At the time of going to press, the strike action is due to go ahead.

Picture: London is still likely to have a bus strike on Tuesday, 13 January