Lone-Wolf Attacks - Lee Rigby - Mistakes Would Not Have Changed Outcome 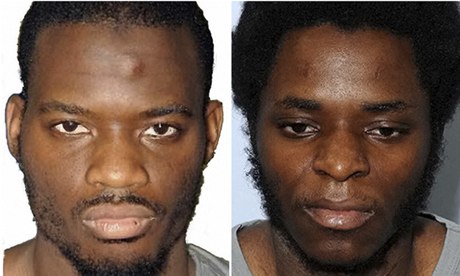 The Intelligence and Security Committee (ISC) of Parliament has today published its Report on the intelligence relating to the murder of Fusilier Lee Rigby and has found that one of his killers, Michael Adebowale, had used the internet to say he was planning to kill a soldier but the company on whose system the exchange took place does not regard themselves as under any obligation to ensure that they identify such threats or to report them to the authorities.

The Chairman of the ISC, the Rt. Hon. Sir Malcolm Rifkind MP, said: “The murder of Fusilier Lee Rigby on 22 May 2013 was first and foremost a tragedy for his family and friends: our thoughts are with them today.

"When there is a terrorist attack, such as that in Woolwich last year, it is essential that there is a thorough investigation to establish whether mistakes were made, whether the attack could have been prevented and to ensure that any lessons are learned.

"Over the past eighteen months, the Intelligence and Security Committee of Parliament has examined in considerable detail the actions of the intelligence and security Agencies in relation to the two men who killed Fusilier Rigby. We have inspected hundreds of highly classified documents and questioned Ministers, the Heads of the three Agencies and senior officers from the Metropolitan Police Service. We are today publishing the results of our Inquiry. This is the most detailed Report we have ever published, which has been possible because of the Committee’s new powers of investigation under the Justice and Security Act 2013.

"In terms of the action taken by the Agencies, our findings are that:

"To put these investigations into perspective, it should be borne in mind that at any one time MI5 is investigating several thousand individuals who are linked to Islamic extremist activities in the UK.

"The one issue which we have learned of which, in our view, could have been decisive only came to light after the attack. This was an online exchange in December 2012 between Adebowale and an extremist overseas, in which Adebowale expressed his intent to murder a  soldier in the most graphic and emotive manner. This was highly significant. Had MI5 had access to this exchange at the time, Adebowale would have become a top priority. There is then a significant possibility that MI5 would have been able to prevent the attack.

"We have examined whether the Agencies could have discovered this intelligence before the attack, had they had cause to do so: it is highly unlikely. What is clear is that the one party which could have made a difference was the company on whose system the exchange took place. However, this company does not regard themselves as under any obligation to ensure that they identify such threats or to report them to the authorities. We find this unacceptable: however unintentionally, they are providing a safe haven for terrorists.

"Our Report considers the wider relationship between law enforcement authorities and Communications Service Providers. None of the major US companies we approached proactively monitor and review suspicious content on their systems, largely relying on users to notify them of offensive or suspicious content. We also found that none of them regard themselves as compelled to comply with UK warrants obtained under the Regulation of Investigatory Powers Act 2000. Therefore, even if MI5 had sought information - under a warrant - before the attack, the company might not have responded. They appear to accept no responsibility for the services they provide. This is of very serious concern: the capability of the Agencies to access the communications of their targets is essential to their ability to detect and prevent terrorist threats in the UK.

"We note that the Government has already started to take action on these issues, through the Data Retention and Investigatory Powers Act 2014 and the appointment of the Special Envoy on intelligence and law enforcement data sharing. However, the problem is acute: until it is resolved the British public are exposed to a higher level of threat.

"Whilst this is the major issue in our Report, we have also identified a number of lessons which the Agencies must learn. These are listed in the Report in detail. However, I wish to draw attention to two of them today, as they are particularly relevant to the current threats faced by the UK:

The Committee consists of nine Members drawn from both Houses of Parliament. The Chair is elected by its Members.

The full report can be downloaded here

The Committee has assessed what the intelligence Agencies knew before the attack about the two men who killed Fusilier Lee Rigby; whether any more could have been done to stop them; and what lessons should be learned. The resulting Report is the most substantial the Committee has yet produced and it contains more sensitive material about the Agencies than has ever been published before. In accordance with the provisions of the Justice and Security Act 2013, the Report is being made to Parliament, rather than to the Prime Minister.

The key sections are: The Executive Summary (‘Could it have been prevented?’); What was missed: Contact with FOXTROT; and Difficulties accessing communications.

The Committee routinely takes evidence in private, and its Members are subject to the Official Secrets Act 1989. This ensures they are able to scrutinise the most sensitive work of the intelligence Agencies which cannot be made public. However, when producing reports, the Committee aims to put as much material as possible into the public domain, subject only to restrictions on grounds of national security or sub-judice rules.

At 11:00am this morning (Tues 25 Nov) a report by the Intelligence and Security Committee of Parliament will be released. It is expected to state that it is almost impossible for the police and security services to prevent 'lone-wolf' attacks by radicalised individuals or groups - and that such attacks are imminently likely.

It will have a focus on the murder of the soldier Lee Rigby near Woolwich Barracks in London on 22 May 2013 where two men drove around the area looking for someone to attack.

Although the security services have intervened in a number of collaborations, with only yesterday the Home Secretary Theresa May saying 70 planned attacks had been thwarted, the Report is likely to conclude that 'spontaneous' acts cannot be stopped.

Bombing or Mumbai-style shopping centre attacks require a degree of planning and thus make themselves more open to tracking - lone-wolfs (or more likely a pair) do not require the same level of communication.