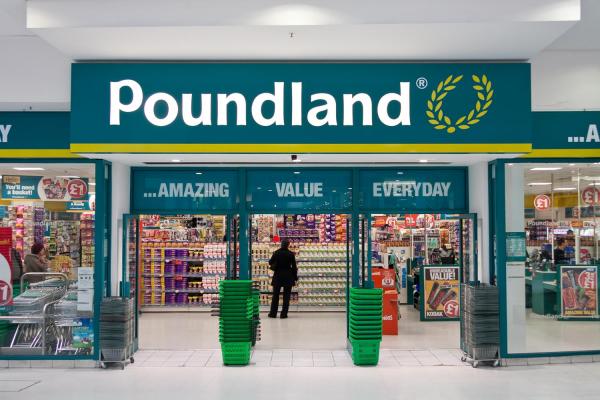 Arcus has been awarded a regional contract to provide reactive maintenance services to home, garden and leisure retailer, The Range.

The contract, which went live in October, is for 18 stores and 4 offices in the South-West. Arcus will be delivering mechanical, electrical, plumbing, drainage, lighting and building fabric services.

Helistrat, has renewed its contract with discount retailer Poundland. The contract, worth in excess of £1 million per annum, will see Helistrat increase recycling rates and leverage the commercial and environmental benefits of effective secondary resource management.

Commenting on the announcement, Helistrat CEO, Harvey Laud, said: “We will try to reduce the amount of waste produced, increase the amount that can be recycled and develop ways to realise the value of the material..”

A seven year combined total facilities management contract covering over 180 buildings in South London has gone to Engie - as have 200 workers in a TUPE transfer. The estate includes several parks, listed buildings and civic landmarks, including Lambeth Town Hall, the Streatham Rookery and Brockwell Park Mansion.

Cordant Technical has been awarded a five year contract to provide a wide variety of services for global law firm Clyde & Co, in a deal worth £5 million.  Under the terms of the contract, Cordant will be providing M&E services, compliance testing, out of hour’s security and 24/7 porterage services at Clyde & Co’s flagship building in The City of London, two further buildings in London and two other buildings in Manchester.

Fourteen employees will be transferred via TUPE and will receive training that will result in them achieving relevant gas and electrical qualifications.

Robertson Facilities Management, has been awarded a five year contract by Northumbrian Water Group to provide building and civils maintenance works, as part of the Group's £1 billion plan to enhance service delivery to their laboratories, offices, leisure facilities and property portfolio.

Jonny Belmont, Asset Delivery Programme Manager at Northumbrian Water Group, said: “We continue to invest heavily in our assets, to ensure we maintain standards of service to our customers. Having partners with a strong track record of delivering building and civils maintenance works is vital to enabling us to build upon our reputation in the market.”

CBRE has been appointed by Phoenix Group, to provide total facilities management in a five year contract.  Phoenix is a consolidator of closed life assurance funds.

Under the terms of the contract, CBRE will provide FM for Phoenix’s main operating base in Wythall as well as other national office locations. CBRE will provide a full range of property management solutions including mechanical and electrical maintenance, energy management, project management, estates management, cleaning, security, reception, landscaping and mailroom.

The British Library has taken on CBRE Global Workplace Solutions on a four year contract - with up to three one year extensions. The contract will see CBRE provide FM...