Lose Your Bottle - Keep Our Profits 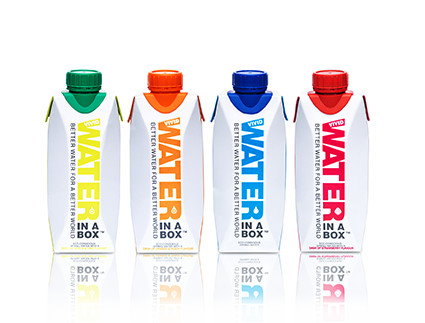 With estimates that by 2050 there will be more plastic in the ocean than fish, ZSL London Zoo has launched ‘Lose your Bottle!’ – a project to raise awareness of the threat of plastics to our oceans. It has also has ditched all plastic water bottles and is now only selling the Water in a Box brand solution.

Kick-starting the campaign by removing all plastic water bottles from its shelves, London Zoo will now only retail water packaged in fully recyclable paper cartons.

Many adults of a certain age who remember visiting the zoo on school or family trips will remember taking flask and reusable containers with them and drinking from water fountains. Providing water free of charge with absolutely no packaging does not seem to be an option

considered by the zoo.

Plastic pollution is a significant and ever-growing threat to rivers and oceans. Approximately 13 million tonnes of plastic currently enter the ocean each year with devastating effects on marine wildlife. UK consumers alone get through 13 billion disposable plastic bottles per year and only half of these are recycled, with the remainder ending up in landfill and polluting the environment.

Michael Richards, Water in a Box’s Marketing Director said: “Our brand’s powerful environmental proposition is spot on for those concerned by what’s happening to our planet and we’re delighted to partner ZSL to help nail the message to choose paper not plastic, when buying packaged water.”

The lightweight box is 100% recyclable and made from low carbon and naturally renewable and sustainable materials that are sourced responsibly. Unlike plastic bottles, the box and cap do not contain PET.

ZSL’s Head of Commercial Kathryn England said: “We welcome more than one million visitors a year to ZSL London Zoo and that’s one million people we can inspire to help protect the world’s oceans. By removing plastic water bottles from our shelves, we’re not only reducing our own impact on the oceans but we’re opening our visitors’ eyes to the problem and showing them the alternatives.”

ZSL’s Head of Marine and Freshwater Conservation Dr Heather Koldewey said: “On a recent field trip to Chagos Archipelago marine reserve, one of the world’s most remote island chains, I was deeply shocked to see the amount of plastic water bottles washing up on the beaches from all around the world, showing the impact of our disposable society in even the most pristine places. We need to make a change and it can start by simply using a refillable water bottle. Through projects like ‘Lose your Bottle at ZSL’ and our successful Project Ocean partnership with Selfridges, ZSL is helping to reduce the amount of ocean-bound plastic, and protect the diversity of life beneath the waves.”

Picture: Sense or nonsense? The Water in a Box brand