Love Us or Leave Us - Vodafone to Scoot Out of the UK? 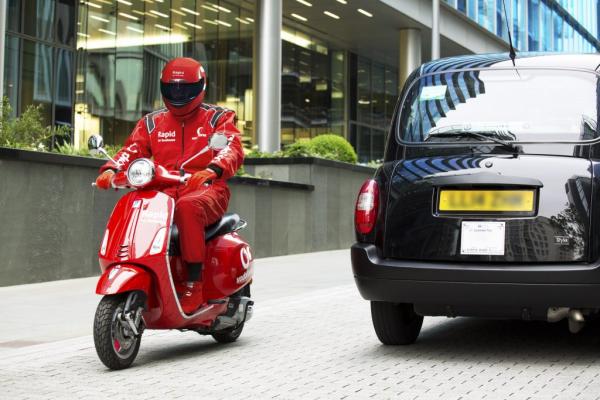 Vodafone has effectively confirmed it is considering moving it's HQ building out of the UK, whilst some other notable names are planning their exits.

ThisWeekinFM spoke directly to a Vodafone spokesperson, who said: "This announcement relates to the Vodafone Group HQ, not the large Vodafone UK facility based in Newbury.

"The UK's membership of the European Union has been an important factor in the growth of a company such as Vodafone. Freedom of movement of people, capital and goods are integral to the operation of any pan-European business as are single legal frameworks spanning all Member States. Access to the emerging European digital single market should represent a significant opportunity for the UK, one of the world's leading digital economies," he (the spokesperson) continued."

In an attempt to backtrack a little, our Vodafone contact continued: "It remains unclear at this point how many of those positive attributes will remain in place once the process of the UK's exit from the European Union has been completed. It is therefore not yet possible to draw any firm conclusions regarding the long-term location for the headquarters of the Group. We will continue to evaluate the situation and will take whatever decisions are appropriate in the interests of our customers, shareholders and employees.

"In the meantime - and in order to preserve Vodafone's ability to engage effectively with the EU institutions in future - we will strengthen Vodafone's regulatory and public policy activities in Brussels to ensure the Group's substantial businesses within the European Union continue to be represented appropriately."

Morgan Stanley is shipping UK positions to its Ireland offices, HSBC might quit London as well and Richard Gnodde, co-head of the Investment Banking Division of Goldman Sachs has said they are not ruling out finding homes for 6,500 UK jobs back in Europe (although apparently his press office retracted on his behalf to say that banks in general might want to find alternative Euro homes).

Currently any EU bank can operate their banking licence in any of the current 28 EU member countries (this facility is also known as the Passport). Those rights could possibly be rescinded once the UK Brexits - hence banks in particular looking at where they base themselves, their property and associated jobs. The Passport may be retained but banks and similar business could rush to relocate if negotiations don't move quickly.

Back to our Vodafone spokesperson, who continued: "Our country businesses adapt to a wide range of local conditions. We remain committed to supporting our UK customers and will continue to invest in our UK local operating company in future.

"From a Group perspective, it is important to note that the very large majority of our 462 million customers, 108,000 employees and 15,000 suppliers are based outside the UK. Our European businesses (excluding the UK) accounted for 55% of Group EBITDA in 2015-16 while our UK local operating company accounted for 11% of Group EBITDA."

Goldman and Morgan Stanley have pre-rented offices in Frankfurt as contingency if cannot get right deal for London.

Picture: We gotta get out of this place - who will lead and who will follow is the new post-referendum guessing game as Vodafone drops a heavy handed hint as to their next move