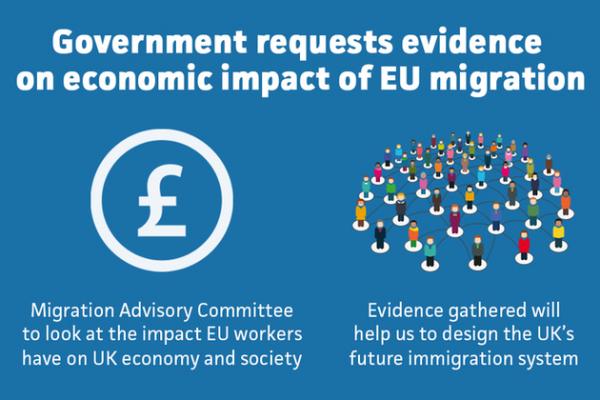 The Home Secretary Amber Rudd has (on July 27 - at least a year too late according to most observers) commissioned the Migration Advisory Committee to examine the role EU nationals play in the UK economy and society.

The main purpose is to establish the economic impact of EU migration to the UK - it will look at degree qualified & higher skilled workers alongside blue collar low skilled cannon fodder.

The highly paid advisers will also comment on at how the UK’s immigration system should be aligned with a modern industrial strategy.

Free movement of EU workers will end in March 2019, with plans for the UK’s future immigration system still a hotch-potch of untested ideas to control the flow of migration from Europe.

Rudd has asked MAC to focus the study on patterns of EU and EEA (European Economic Area) migration, considering regional distribution; skill levels; industry sectors and the role of the self-employed, part-time, agency, temporary and seasonal workers. She said: "Leaving the European Union gives us the opportunity to take control of immigration from the EU. We will ensure we continue to attract those who benefit us economically, socially and culturally. But, at the same time, our new immigration system will give us control of the volume of people coming here – giving the public confidence we are applying our own rules on who we want to come to the UK and helping us to bring down net migration to sustainable levels. The study I am asking the Migration Advisory Committee to complete is a major step in ensuring we create a system that works in the best interests of the country." (Translated by the author of this article as 'we still haven't got a clue what to do'.)

Falling off the edge

The Home Secretary also said there will be an implementation period when the UK leaves the EU, 'to ensure there is no cliff edge for employers or EU nationals in the UK. (Cliff edge translated as a point at which too many EU citizens leave the county leaving a dearth of labour and dramatic rises in wages for the low paid.

Picture: Cliff edge translated as a point at which too many EU citizens leave the county leaving a dearth of labour...resulting in having to pay seven quid for a cup of coffee served by a sink estate UK yout because the Barista visa scheme has not worked quite the way as expected.

The Home Office has today announced the introduction of its new points-based immigration system, potentially affecting many employees across FM soft service...