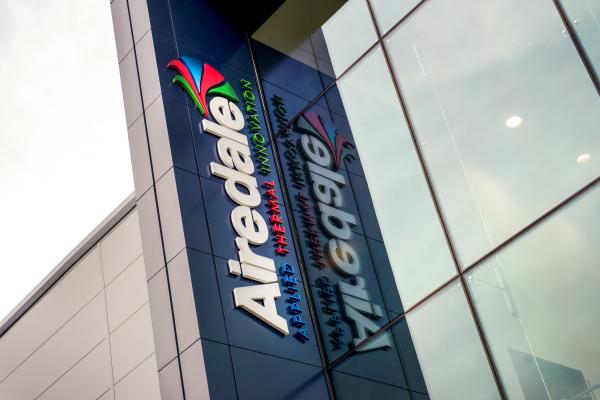 Airedale International Air Conditioning has joined Made in Britain.

Made in Britain was founded in 2011 with the aim of helping everyone identify Great Britain and Northern Ireland made products. The not-for-profit organisation now includes thousands of products from over 800 members, ranging from large manufacturers to small companies and start-ups.

Joining the Made in Britain campaign and applying the marque on all UK manufactured products, serves as a means for customers to recognise goods that are manufactured in Great Britain.

John Pearce, Chief Executive of Made in Britain said: “We were very pleased when Airedale applied to join the Made in Britain community. Manufacturing and innovation in the thermal technology sector is well represented in our membership but Airedale’s work across commercial, industrial and the public sector means the Made in Britain marque will have an extended reach. The more buyers, specifiers and consumers that see the marque, the louder the voice to promote British made goods and the great companies that make them.”

For Airedale, Made in Britain will highlight the provenance of Airedale’s cooling systems, such as the TurboChill (CIBSE Building Performance Awards Energy Saving Product of the Year 2015), and the SmartCool (Data Centre Solutions Datacentre Energy Efficiency Product of the Year).

Airedale exports to customers in over 60 different countries, including the Far-East, Middle-East, Africa, and countries even as far as New Zealand.

Tony Cole, Managing Director of Airedale International commented: “Our systems are engineered to perform. Conceptualised, designed, developed and manufactured in the UK, and applied Worldwide."

The Hi-Flo II from Camfil is an improved version of its Hi-Flo low energy air filter. Featuring aerodynamic pockets for optimised performance, the new low energy...

Wednesday evening February 20 saw the ceiling come down at a holiday park entertainment wing. The incident happened just before 6:30pm as the hall filled up with children...