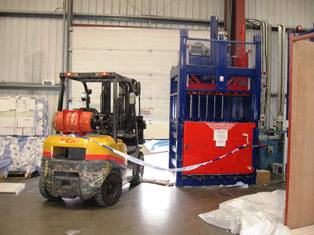 A school in Brentwood has pleaded guilty to breaching health and safety regulations after a worker was injured as he fell from a roof.

Chelmsford Crown Court heard how in January 2014 a maintenance team at the school was working to replace components on a bay window of a residential flat within the school grounds. A 63-year-old employee was working on the roof of the bay window when his foot got caught and he fell approximately 2.6metres to the ground below. He was taken to hospital and was found to have suffered injuries including a broken collarbone and chipped vertebrae.

An investigation by Health and Safety Executive into the incident found that there were no effective guardrails or any other means of protection to prevent workers from falling from the roof. There were no supervisory arrangements and the work was not carried out in a safe manner.

Brentwood School Charitable Incorporated Organisation, Brentwood, Essex, pleaded guilty to breaching Regulation 4(1) of the Work at Height Regulations 2005, and was fined £40,000 and ordered to pay £1,477 in costs.

Maintenance worker was crushed by door

A manufacturer was fined after a worker nearly lost his life when a door collapsed and pinned him to a baler.

Hereford Magistrates’ Court heard that on 5 May 2015, two maintenance workers were replacing the bottom of a heavy sectional door at the factory. While removing the hinges and brackets the door collapsed, pinning one of the workers between it and a baler that was next to the door.

The worker suffered serious injuries including broken ribs and asphyxiation which led to a loss of consciousness for eight hours. He has since made a full recovery.

The HSE investigated the incident and found that managers had failed to recognise the risks involved in the maintenance work that was taking place. There was no appropriate equipment, instruction or training provided to the workers to ensure the method of work was safe.

Essential Supply Products Limited of Enigma Business Park in Malvern pleaded guilty to Section 2(1) Health and Safety at Work etc Act 1974 and was fined £20,000 and ordered to pay £2,714.10 in costs.