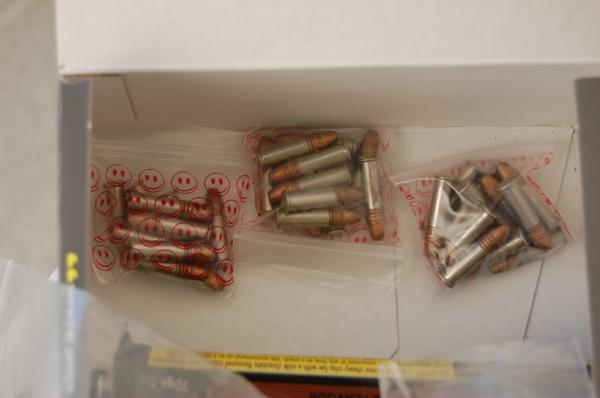 A 22-year-old man who attempted to buy a grenade on the dark web has been jailed for 10 years following an investigation by the National Crime Agency and the Met Police Organised Crime Partnership.

Luis McMullan admitted searching for a fragmented grenade on an illicit online market place and paying in full for the explosive using Bitcoins.

He was arrested at his home in Tufnell Park, London, on 29 November 2016. During a search of the property officers found 30 rounds of ammunition, a small bag of MDMA and 78 MDMA tablets stashed in a small box. Officers also recovered two pen guns and various offensive weapons including knives and knuckle dusters.

On 17 May at the Old Bailey, McMullan pleaded guilty to the importation of a grenade, possession of firearms and ammunition and possession of class A drugs with intent to supply. He was sentenced to 10 years in prison.

Spencer Barnett from the Organised Crime Partnership, said: “Luis McMullan intended to buy a fully functioning hand grenade online and whilst it’s not clear what his motivations were, this is an extremely dangerous weapon that has the potential to cause serious damage.

“We are actively targeting those who believe they can use the dark web to buy and sell illicit goods and continue to work with our law enforcement partners to disrupt the flow of illegal firearms into the UK.”

Four men who were arrested on Wednesday, May 17  were charged on Thursday May 25.

Umar Ahmed Haque, 24, from Newham was charged with the intention of committing acts of terrorism and being engaged in conduct in preparation for giving effect to that intention; and four offences of possessing a record of information that was of a kind likely to be useful to a person committing or preparing an act of terrorism.

Muhammad Abid, 27, from Newham was charged with having information on the whereabouts of Haque.

Abuthaher Mamun, 18, from Barking was charged with with the intention of assisting another to commit acts of terrorism.

Nadeem Ilyas Patel, 25, from Newham was charged with conspiring with Umar Haque to possess any firearm or imitation firearm with intent to cause fear of violence.

All four have been remanded in custody to appear at Westminster Magistrates' Court on Friday May 26.

Another Arrest at Stansted Airport

Officers from the Met's Counter Terrorism Command who arrested a 37-year-old man on Tuesday May 23 at Stansted Airport - prior to him boarding a flight to Turkey - have arrested a second man. The 64-year-old was arrested at a business address in north London.

Both men have been arrested on suspicion of preparing for acts of terrorism. They are being detained at a police station in south London.

Thursday 25 saw a warrant for further detention for the younger man.

Officers have also searched a further residential address in north London The arrests are linked to travel to Syria and not to the terrorist incident in Manchester.

Picture: Below - Luis McMullan and main picture, his stash of ammunition 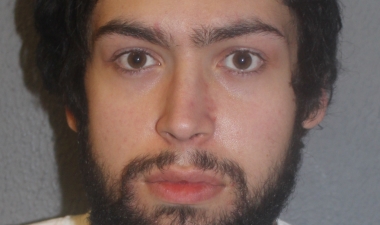