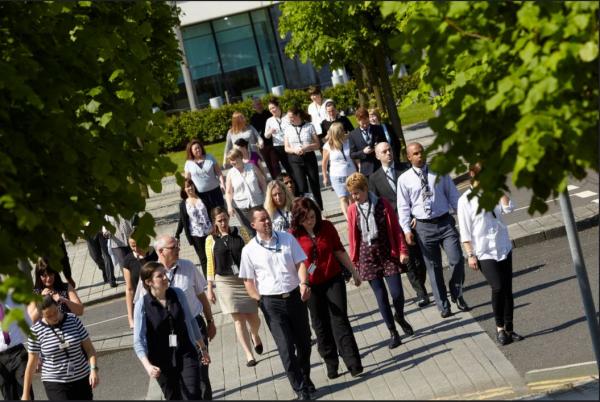 Having lead a national minute's silence at 11:00am, lunchtime on Thursday 25 saw Manchester's Chief Constable Ian Hopkins has given his latest statement to the press covering the Arena Bombing investigation and the detonation of a suspicious package.

He said: "This continues to be a fast-moving investigation and there has been a significant amount of activity taking place throughout the night and this morning.

"A suspicious package has now been deemed safe and the cordon in Hulme (in Manchester) has now been removed. At this stage this incident is not necessarily linked to the wider investigation but I hope people will understand that we will always take any reports seriously."

The Chief Constable continued: "As regards the full ongoing investigation, we currently have eight people who have been arrested in connection with Monday’s attack. They are all men. A woman who was arrested yesterday has since been released. The arrests have taken place in Manchester, Wigan and Nuneaton. We are now carrying out associated searches at a number of addresses.

"These have been an intense three days for the officers and staff of Greater Manchester Police, along with the National Counter Terrorist Policing Network and UK intelligence services. I want to reassure people that the arrests that we have made are significant, and initial searches of premises have revealed items that we believe are very important to the investigation."

The searches are expected to take several days to complete.

A Minute to Remember

Pictures: Below - Manchester's Chief Constable Ian Hopkins leads Main Above - officers and staff of Greater Manchester Police, representatives of local faith groups and members of the general public joined the national minute’s silence on May 25, outside the Force’s headquarters in Newton Heath. 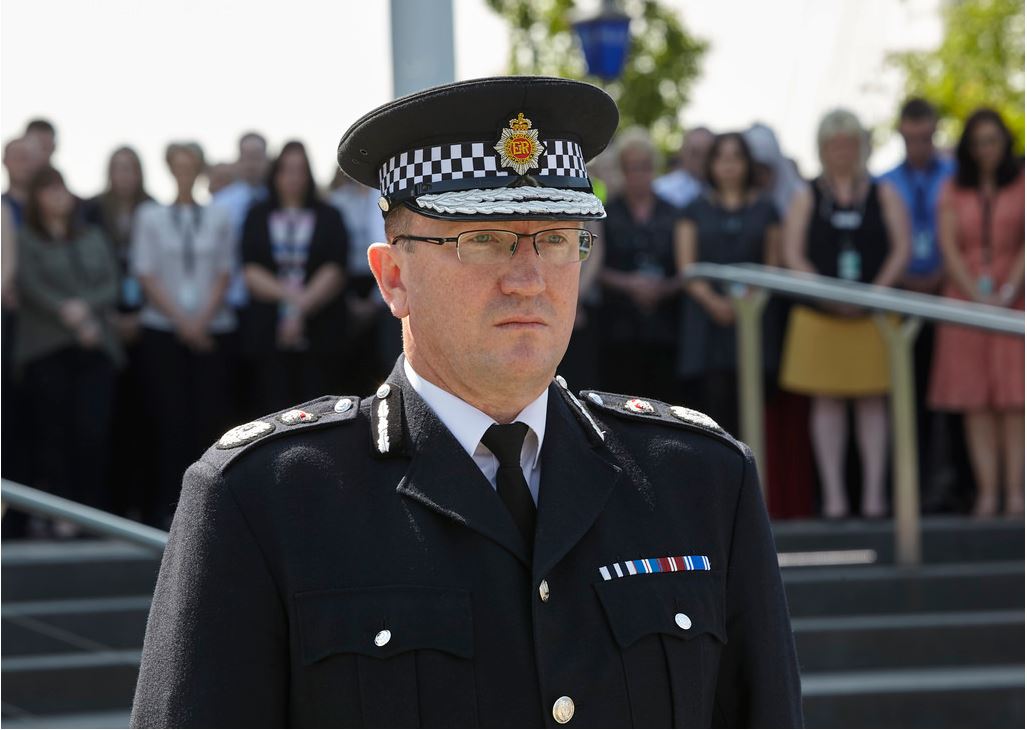 Manchester's Chief Constable has confirmed that his force and the other police forces and agencies concerned with terrorism plots are searching for other potential members of a network after arrests today (Weds 24) in connection to the Manchester bombing totalled 4.

He also advised that all families of the dead have been informed.

Chief Constable Ian Hopkins, said: “I would like to confirm that we are confident that we have now spoken to all the immediate families of those who sadly died in Monday’s attack and they are all now being supported by specially trained officers.

“Due to the number of victims, forensic post-mortems are likely to take between four and five days. After this we will be in a position to formally name the victims with guidance from the Coroner. We have also spoken to all of the families and all of those who are currently lying injured in hospital and are doing all we can to support them."

He continued: “You will be aware that the level of activity in this investigation is intense and is continuing at pace. We made three arrests in connection with the attacks overnight and this afternoon we entered an address in Manchester City Centre using a controlled explosion. Officers are currently at the scene but in order to do this safely we briefly had to close a nearby mainline railway, which has now been reopened. Those extensive searches will now continue.

“In total we currently have four people in custody."

Force on the street

Hopkins added: “People will have seen a significant increase in the number of armed officers in Greater Manchester. We have been supported by forces in the North-West and beyond in order to do this and this all forms part of our tried and tested plan for a major terrorist incident.

“With the threat level being increased to Critical you will be aware that military are supporting policing across the country. This is about using the military across sites in London and elsewhere to free-up armed police officers to support police forces.

“There are no military personnel patrolling Manchester but we are therefore able to receive additional armed policing support because of this plan. We are using this to help in our efforts enable the Manchester Games and Manchester 10k to go ahead.

“We are working with event organisers and Manchester City Council to review and enhance our safety and security.”