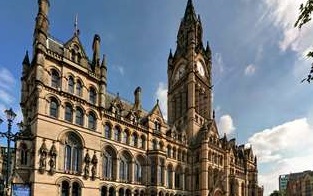 Historic England has responded to a revised proposals for the Giggs and Neville tower scheme at St Michael’s in the centre of Manchester.

HE has been advising the developer and Manchester City Council on revised proposals and think positive steps have been made towards delivering a better scheme which includes protecting an old, run-down, Rovers return type pub.

Catherine Dewar, Planning Director in the North West for Historic England said: “We're very pleased that such positive progress has been made at St Michael’s. The new masterplan still needs work but it’s getting there.

“We strongly believe that this extraordinary area of Manchester deserves a thoughtful scheme which responds to its surroundings, contributes to the neighbouring streets and welcomes people in. The new proposals are much closer to achieving this and have the potential to enhance the character of the Deansgate/Peter Street conservation area, rather than dominate it, as the previous scheme threatened.”

Historic England are happy to see that the front building of the former police headquarters complex will now be kept and that the Sir Ralph Abercromby pub will be incorporated into the development.

One tower, not two

The biggest change to the plan is there is only one proposed tower where the original scheme planned two. The remaining tower has been moved to a different part of the site, further away from the Town Hall and twisted around. This change means it has much less of an impact on the grand civic buildings here, including the Grade II listed Central Library, Grade I listed Town Hall, and Grade I listed St. Ann’s Church.