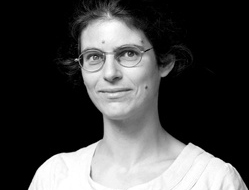 Engineering firm Max Fordham has been named‘Inclusion and Diversity Champion’ at the Consultancy and Engineering Awards.

Hosted by the Association for Consultancy and Engineering (ACE) on June 7, the awards showcase best practice for the global engineering community.

Senior Partner at Max Fordham, Tamsin Tweddell said: This award recognises the extent to which equality is intrinsic to our partnership. It also promotes the ways we have recently identified opportunities to continue to improve."

Tweddell also noted that recognition of this kind helps to inspire and motivate the practice to go even further to improve diversity in the workplace.

Partner and Finance team member, Samiatt Onikoyi said: I feel really proud to be part of a practice that’s been recognised for championing diversity." Asked if anything more could be done to further the gains made so far she responded: "We’ve only just scratched the surface."

The profession of engineering has long suffered from a lack of diversity. The UK has the lowest percentage of female engineers in Europe, while minority ethnic engineers are even more under-represented. The industry still faces huge challenges in the visibility and acceptance LGBT+ people.

"A few years ago we didn’t think we needed to do anything about diversity,’ said Senior Partner, Henry Pipe. "We expected diversity and inclusion to be the natural consequence of employing people who care about it - we were wrong."

Following a query from a young, male member of the practice as to why there were so few women in senior positions, it was decided to establish a Diversity Group to investigate. Pipe said: "It forced us to engage with things we hadn’t fully considered before. We learnt that many other Science, Technology, Engineering and Mathematics companies had found evidence that they weren’t treating people as equally as they had assumed. "It was time to have a look at our own data. We were shocked by the results."

The practice learned that female engineers were receiving higher pay raises less than half as often as male engineers. The practice put a plan in place to tackle unconscious bias. "We trained all our assessors with methods to identify it and eliminate it,’ Pipe said. "We recruited a female engineer to our pay review group, updated our self-assessment guide and – most importantly – published the data internally, in full. Our internal transparency has been a huge factor in making changes."

Since instituting the plan, female engineers have received higher pay awards slightly more often than male engineers in the two years since the initiative commenced.