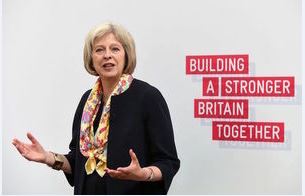 A new counter extremism strategy launched this week is said (by David Cameron and Theresa May) to tackle the full spectrum of harms caused by extremism ranging from violent and non-violent, Islamist to neo-Nazi – hate and fear in all their forms. And yet, scratch the surface and you will find a couple of introductions - taking passports from children and trying to ban extremists teaching - and the rest is a set of goals with no substance on how to achieve them, writes Brian Shillibeer.

According to Theresa May's Home Office and No 10, protecting our communities by challenging extremists’ poisonous narratives and promoting the positive alternative to that twisted ideology are the focus of the Strategy. They are claiming they will establish a partnership between government and individuals, groups and communities, who want to see extremism defeated. 'It is a partnership that will not only seek to counter the ideology spread by extremists but will stand up for the shared values that unite us as a country - values that include democracy, free speech, mutual respect, and opportunity for all' goes the supporting blurb.

The Strategy sets out four principal areas in which action WILL be taken:

Home Secretary Theresa May said: "In recent times, we have seen extremists operating at an unprecedented pace and scale, seeking to divide our communities and cause great harm. The rise of ISIL is particularly alarming, driven in part by their sophisticated use of the internet and social media. But the threat posed by extremists is not limited to violence, nor to Islamist extremism. The rise of neo-Nazi groups, and the increase in anti-semitic and anti-Muslim hatred is deeply concerning. Where non-violent extremism goes unchallenged, the values that bind our society together fragment. Women’s rights are eroded, intolerance and bigotry become normalised, minorities are targeted and communities become separated from the mainstream.

"Such behaviour cannot go uncontested. We will systematically confront and challenge extremist ideology, exposing it for the lie it is. And we will thwart its destructive consequences. We will disrupt all those who seek to spread hate and we will prosecute all those who break the law. But most importantly of all, we will stand up for all those who know that in Britain we are stronger together. Because when we join up all the voices of those who want to defeat extremism, they are louder and more powerful than the voices of those who seek to divide us."

The two actual bits of 'Strategy'

Parents concerned that their 16 and 17 year old children are at risk of travelling abroad under the influence of extremists will be able to apply to have their passports removed, the Prime Minister will announced on Monday as he launched the 'one nation Counter Extremism Strategy'. He will also stated that anyone with a conviction for terrorist offences or extremist activity will be automatically banned from working with children and vulnerable people.

The new Strategy is in line with the '4 key pillars' set out by the PM in a speech in Birmingham in July. According to the PM: "It will vigorously counter extremist ideology – making sure every part of government is stepping up to the plate; It will actively support mainstream voices, especially in our faith communities and in civil society. That means supporting all those who want to fight extremism but are too often disempowered or drowned out in the debate; It will disrupt extremists, aggressively pursuing the key radicalisers who do so much damage; And it will seek to build more cohesive communities, tackling the segregation and feelings of alienation that can help provide fertile ground for extremist messages to take root."

Cameron pointed to the fact that over the past year there have been a number of cases of young Britons travelling to join ISIL in Syria and Iraq, as well as the prosecution of the UK’s youngest terrorist, a 15 year old boy convicted of inciting another person to commit an act of terrorism overseas.

According to the latest police figures, of 338 counter-terrorism related arrests, 157 were linked to Syria and 56 involved those under 20 years old.

The new power enables parents to apply directly to HM Passport Office to have the passports of children under 16 years old cancelled to prevent them travelling to join terrorist groups in Syria and Iraq. It also comes after a series of successful court order applications by local authorities to protect children at risk of travelling, either by their own choice or as part of a family unit.

Cameron concluded by saying: "I have said before that defeating Islamist extremism will be the struggle of our generation. It is one of the biggest social problems we need to overcome.

"We know that extremism is really a symptom; ideology is the root cause – but the stakes are rising and that demands a new approach. So we have a choice – do we choose to turn a blind eye or do we choose to get out there and make the case for our British values.

"This is a clear signal of the choice we have made to take on this poisonous ideology with resolve, determination and the goal of a building a greater Britain. And a key part of this new approach is going further to protect children and vulnerable people from the risk of radicalisation by empowering parents and public institutions with all the advice, tools and practical support they need."

Picture: Strong rhetoric from Theresa May.