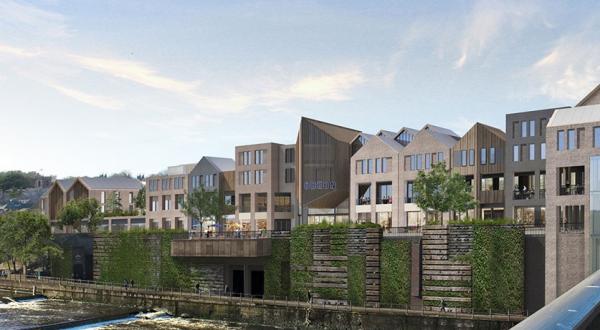 A fund advised by Clearbell Capital has reported that Sir Robert McAlpine has been appointed as the main contractor to redevelop The Riverwalk (formerly The Gates shopping centre) in Durham.

The £30 million project is set for completion in Autumn 2018. It will include 253 student accommodation rooms which will be managed by Fresh Student Living.

The main construction programme includes remodelling the existing shopping centre’s layout to create 35,000 sq ft of terraced restaurants along the river, 23 refurbished shops and a six-screen Odeon cinema – the largest in the area.

By removing parts of the centre’s roof and partition walks, more open space will be created – including a new public square at the heart of the development.

Nick Berry, Partner at Clearbell Capital, said: “We have worked successfully with Sir Robert McAlpine previously and their appointment as main contractor for The Riverwalk will allow us to kick-start main construction work on site. The project team has been working over the past few months completing enabling works, however now we will start to see the redevelopment work taking shape.

“This is an exciting time for Durham as we continue our work on site creating a mixed-use waterfront destination that will cultivate the local economy and deliver improvements to city’s day and night-time offering.”