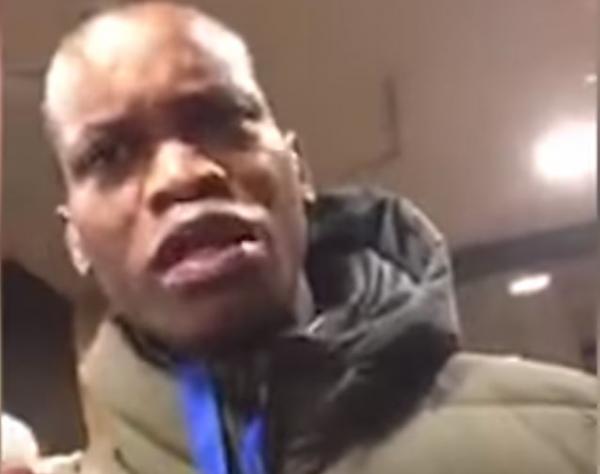 Thursday evening, November 30, McDonalds Restaurants discovered the hard way that a relationship with a contractor - in this case, employing cheap, untrained security guards - can cause huge reputational damage.

A guard at a Seven Sisters McDonalds branch insisted that a 19-year old woman wearing a hijab remove it before blocking her way to the tills. It is said that the security guard insisted headscarf wearing is a security threat.

The incident was filmed and posted to social media the following morning by 'Sabrina', apparently a friend of the young woman victim.

The 19-year old eventually left the restaurant in utter disgust - having not been served...and after losing her appetite as a result of the appalling affair.

In the video, the young woman is heard saying: “It’s not just a matter of taking it off. I wear this for religious reasons and I’m not ashamed of it and I will stand in line and I will get the food I want because this isn’t OK.”

A member of the public who tried to intervene is told 'it's none of your business'.

The video has gone viral and been picked-up by world media. The Seven Sisters Road is famous as the highway that used to run between Arsenal's old Highbury football ground and Tottenham Hotspur's White Hart Lane stadium. It is in a extremely culturally diverse part of London - and of course home to the Tottenham riots. The most recent of which were in 2011.

A hurriedly organised demonstration, organised by Islington Stand Up To Racism, outside the branch on Saturday Dec 2 fortunately only attracted 23 people over the lunchtime period.

McDonalds has reportedly apologised to the 19-year old, a student, although the young woman has so far remained anonymous. The fast food chain has also reportedly insisted the security guard is suspended by his firm 'pending an investigation'.

ThisWeekinFM has asked McDonalds for a statement.

Picture: A guard at a Seven Sisters McDonalds branch insisted that a 19-year old woman wearing a hijab remove it before blocking her way to the tills

Good News and Bad from the Christmas Pudding Club

This week saw TC Facilities Management start playing a part in providing cleaning to an on-line retailer to help them achieve speedy grocery deliveries from their London...

Home Office Settles in 'Not from Here' Race Row

In the past few weeks, the Home Office has paid a black woman £2,000 in settlement of a claim she made where she alleged racial discrimination arising from the...