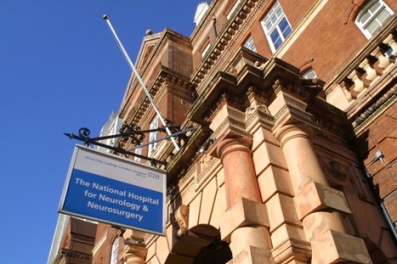 Based at the National Hospital for Neurology and Neurosurgery, the £20 million centre will pioneer first-in-man trials for neurodegenerative diseases and has been made possible by funding by the Wolfson Foundation.

The Wolfson Foundation made its award to UCL (University College London). The grant is the largest single award ever made by the Foundation and one of the largest philanthropic donations in UCL’s history.

A specialist team will investigate exciting new therapies for neurodegenerative diseases, such as Alzheimer’s and Parkinson’s. The LWENC will receive its first patients in early 2014 and one of the first trials to be carried out at the facility will investigate whether immunotherapy can be used to tackle familial Alzheimer’s disease.

The Leonard Wolfson Experimental Neurology Centre will be located at the heart of the National Hospital for Neurology and Neurosurgery, a national referral centre for patients with neurodegenerative diseases.

Commenting on the importance of this new facility, Alan Thompson, Dean of the UCL Faculty of Brain Sciences, said: “The Leonard Wolfson Centre will be the perfect bridge between the research strengths of UCL Neuroscience and the application of potential new therapies to patients with neurodegenerative disorders in the expert clinical setting of Queen Square. It will facilitate the all-important step of translating drug discovery into effective treatment.”

The Wiolfson Foundation makes awards following a rigorous review process[, involving expert reviewers and advisory panels. Grants are generally given for capital infrastructure (new build, refurbishment and equipment) supporting excellence in the fields of science and medicine, health, education and the arts and humanities.

A delivery of cleaning products to a 'Kindness' care home went dreadfully wrong when a patient with Alzheimer's mistook an open pack of chlorine tablets for...