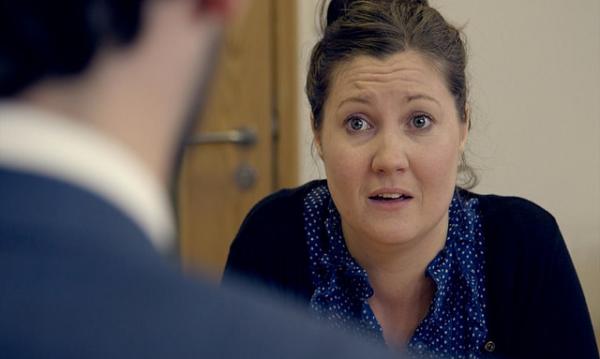 New research from Mind shows that men are twice as likely to have mental health problems due to their job, compared to problems outside of work.

The research, which comes from a survey of 15,000 employees across 30 organisations, has been released as Mind urges employers to sign up to the Workplace Wellbeing Index 2017/18. The Index is a benchmark of best policy and practice when it comes to staff mental health, designed to celebrate the good work employers are doing to promote and support positive mental health, and to provide key recommendations on the specific areas where there is room to improve.

The data also shows that men are less prepared to seek help and take time off than women. While two in five women (38 per cent) feel the culture in their organisation makes it possible to speak openly about their mental health problems, only one in three men (31 per cent) say the same. Two in five women (43 per cent) have taken time off for poor mental health at some point in their career, but this is true for just one in three men (29 per cent).

This suggests that although men are more likely to have mental health problems because of their job, women are more likely to open up and seek support from their line manager or employer. Previous Mind research suggests that men often try to find ways of dealing with their problems independently rather than reaching out and sharing their problems. Instead of talking about their problems, men prefer to watch TV, exercise or self-medicate, such as drink alcohol. Mind urges men to open up and ask for help earlier on, so they can receive the support they need, before they reach crisis point.**

The findings show a difference in how men and women feel they’re being supported in the workplace. While three in five women (58 per cent) feel their manager regularly checks in on how they are feeling, only half of men (49 per cent) feel the same.

Emma Mamo, Head of Workplace Wellbeing at Mind, said:  “Our research shows that work is the main factor causing men poor mental health, above problems outside work. Many men work in industries where a macho culture prevails or where a competitive environment may exist which prevents them from feeling able to be open. It is concerning that so many men find themselves unable to speak to their bosses about the impact that work is having on their wellbeing and even more worrying that they are then not asking to take time off when they need it. Our research shows that the majority of managers feel confident in supporting employees with mental health problems, but they can only offer extra support if they’re aware there is a problem.

“In the last few years, we’ve seen employers come on leaps and bounds when it comes to tackling stress and supporting the mental wellbeing of their staff, including those with a diagnosed mental health problem. However, there is more to do and employers do need to recognise the different approaches they may need to adopt in how they address mental health in the workplace.   “Mind’s Workplace Wellbeing Index is a great opportunity for companies to examine their management practices, policies and assess how effective their mental health support and initiatives are. It also gives us an insight into key trends happening within the workplace and address these on a larger scale. We’re delighted to have worked with many forward-thinking employers in our first year who are doing ground-breaking work to make mental health a priority. We hope that many other organisations will follow in their footsteps by taking part in our Workplace Wellbeing Index in 2017/18.”

Thirty organisations took part in the first ever Index earlier this year including Lendlease, Dr Challoner’s Grammar School, the Environment Agency, Jaguar Land Rover, PepsiCo, Deloitte and Barnardo’s. Mind is now calling on forward thinking employers from across all industries to sign up to the Index in 2017/18.

The findings show that employers are prioritising mental health and taking proactive steps to support their staff, including:

Mind, the mental health charity, has revealed shocking differences in mental health support for public and private sector workers. And the organisation says the next...