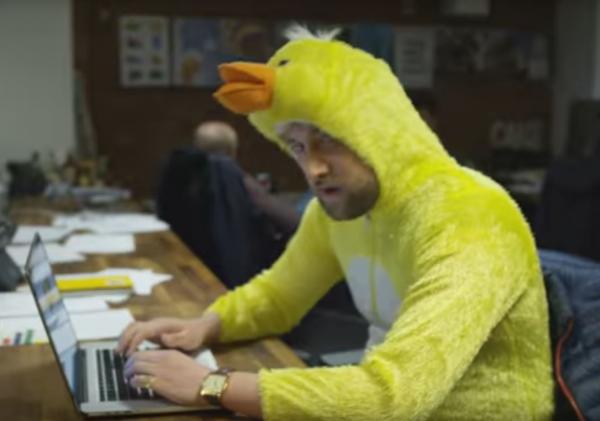 Wellcome (previously known as the Wellcome Trust) is a charity dedicated to research into health and wellness. It's commercial properties also boast wellbeing responsibilities to  people and the environment. As a huge supported and funder of Mental Health Awareness week, ThisWeekinFM reports on 6 projects the organisation is involved in.

MQ is a charity funding much-needed scientific research to transform the lives of people affected by mental illness. Wellcome gave £20 million of seed money to kickstart the charity in 2014 and it has been growing ever since. For Mental Health Awareness Week, MQ has launched its Dare to Swear campaign.

This five-year longitudinal project is studying individuals who have known depression risk factors, such as a family history of low mood, early-life health problems or psychological trauma in childhood. The goal is to gain a better understanding of clinical depression to develop earlier, personalised and more effective treatments.

As an extension to the project, Wellcome recently funded a Seed Award to Stella Chan to identify vulnerability markers for adolescent depression.

This project wants to make psychological treatments more effective and increase their availability.

With a focus on social anxiety disorder, post-traumatic stress disorder and panic disorder, the team is developing internet-delivered versions of psychological treatments that require much less therapist-focused time.

The goal is to create an NHS database that will enable precise investigation of who responds to the treatments and why they work.

Funded in part through a Science Strategic Award, NSPN is a collaborative initiative between Cambridge and UCL to investigate how the adolescent mind and brain develops into early adulthood. Its first study is ‘U-Change’, a project aimed at characterising healthy brain development.

Recent research from the project has shown that human adolescence is a period associated with various structural changes in the brain.

My Resilience in Adolescence (MYRIAD)

Adolescence is a vulnerable time for the onset of mental illness – 75% of mental disorders begin before the age of 24 and half by age 15. MYRIAD aims to promote good mental health and resilience, particularly in the crucial childhood and teenage years, by developing early interventions.

The project team is developing a schools programme based on mindfulness training and will train teachers to deliver a mindfulness-based curriculum. The goal is to help to inform future educational policy strategies.

Developed with money from what has now become the Wellcome Public Engagement Fund, Hellblade is a virtual game that follows the fictional life of Celtic warrior Senua. It uses its hero's journey as a way to explore mental health, with a particular focus on psychosis.

The game's developer has worked closely with Wellcome Investigator Paul Fletcher from the University of Cambridge, as well as consulting people with experience of mental health difficulties to ensure a sensitive and accurate portrayal of the subject.

Paul featured on the BBC Two Horizon documentary ‘Why did I go mad?’, exploring recent psychological and scientific insights into schizophrenia and psychosis.

Picture: What the Duck - Image with thanks to the Do You Dare to Swear Mental Health Fundraising Site

As employee wellbeing remains a priority for facilities and workplace managers, explore the variety of mental health training tools...

ABM, the integrated facilities solutions provider, has introduced a mental health first aid training programme across its aviation and business and industry...

The world of facilities management is rapidly changing. Macro influences such as demographics, technology and social changes are shifting the way the workplace is viewed...