Met Set to Resume Market Testing for ┬Ż800million Worth of Contracts 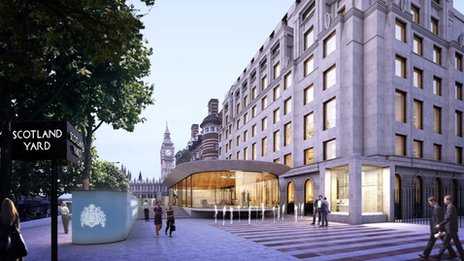 As reported in May of this year, the Metropolitan Police Force is considering increasing its current outsourcing spend from £200million to £500million with a further £300million earmarked for non-core policing activities such as vehicle impounds. G4S, Serco and Capita are the companies that most will think of – but all three are off the Government’s Christmas Card list having caused high-profile embarrassment.

The current flurry of press activity comes as the Met has confirmed it will begin market testing next year with 2015 as the target for placing contracts. Up to 4,000 civilians might expect to be transferred – many of the new contracts will be for office based functions such as Finance, Human Resources, Procurement and Translation Services whilst existing ‘traditional’ FM contracts will simply come up for review and renewal. (Many of the Met’s translators already work on an individual contract basis but it is envisaged a single source contract will be placed.)

The Force is under pressure to reduce its spending by 20% by 2016. Its current budget is £3.5billion. 80% of this budget is consumed by staffing costs.

Commissioner Craig Mackey, said: "We've already promised to maintain officer numbers and we know people want to see more of us on the street. The more money we can save and more efficient we can get, the more officers we can devote to frontline policing.

"The process will assess quality and value and not just seek to cut costs.”

The plans have evolved just as the National Audit Office has challenged government and its private sector suppliers to work together more effectively in the taxpayers’ interest and to address the issues behind the current lack of confidence in the government’s use of contractors.

It is rumoured that PPP type contract could also be considered for building and staffing of new data centres. The Met will move into smaller premises when its new home is complete (pictured above), with New Scotland Yard potentially now up for sale along with other premises in the Force’s property portfolio.

In June, the Mayor’s office invited developers to submit plans to regenerate 22 hectares at the site of the historic Metropolitan Police Peel Centre training headquarters at Hendon, creating 1,650 new homes and releasing capital to plough back into the development of a brand new training facility.

Owned by the Mayor’s Office for Policing And Crime, the site has been home to the training centre since 1934 but is now considered outdated, expensive and underused.

To further cut costs, the Force is expected to reduce the number of senior officers, close or go to part-time opening of more police stations whilst endeavouring to keep 32,000 uniformed and plain clothes officers employed. There is no suggestion of a cut-back on vehicles unless they are contracted out as part of Transport Services.

The Met’s austerity plan also contains reforms to the force’s structure, reducing the number of senior officers to lower payroll costs. It needs to do that because the mayor of London has pledged to keep 32,000 officers on the beat, despite the expectation of further Home Office cuts in next month’s departmental spending review.

A return to contracting

Some observers on the contractor side are hoping that the Met’s move will signal a return to outsourcing by police forces up and down the country. The market is conservatively estimated at being worth £5billion.

G4S currently run a £200million contract for Lincolnshire Police Force. This is the largest contract of its kind and saw 50% of civilian employees transfer to the massive group. Both the West Midlands and Surrey forces abandoned potential deals last year.