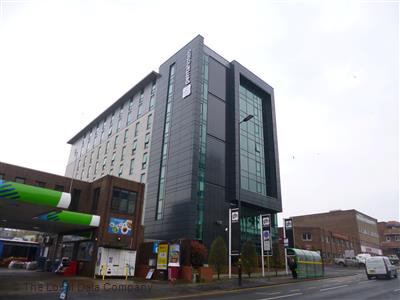 They are Naweed Ali, aged 28; Khobaib Hussain, aged 24; Mohibur Rahman, aged 32; and Tahir Aziz, aged 37. The charge stated that between 26 May 2016 and 27 August 2016, with the intention of committing acts of terrorism you engaged in conduct, in preparation for giving effect to that intention. Contrary to sec 5 (a) Terrorism Act 2006.

The four were arrested on Friday August 26 in an operation that saw police draw a cordon around streets near the Pentahotel on Holloway Head, Birmingham. A fifth man, aged 18, also arrested on August 26, has been released without charge.

Two men were arrested in London on Thursday 8 on suspicion of being involved in terrorism.

The men, who are aged 19 [A] and 20 [B], were arrested at an address in west London as part of a pre-planned, operation by the Met's Counter Terrorism Command, supported by the South East Counter Terrorism Unit.

[A] was arrested on suspicion of preparation of terrorist acts under Section 5 of the Terrorism Act 2006.

A third man, aged 19, was arrested in south-east London on suspicion of a religiously aggravated offence in relation to a separate matter.

Officers are currently searching a number of addresses and vehicles in the west London, south-east London and Thames Valley area. All three men, who are from London, remain in police custody as inquiries are ongoing.

Wednesday 7 saw detectives from the Met's Counter Terrorism Command arrests a 44-year-old man from north-west London on suspicion of encouragement of terrorism and dissemination of terrorist publications. He was later bailed to return on a date in early December.

Picture: The West Midlands arrests saw police draw a cordon around streets near the Pentahotel on Holloway Head in Birmingham