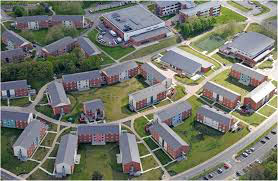 Jon Penhale, an ex-serviceman and now a professional recruiter, asks if we are doing enough to support ex-service personnel and says they are a great untapped potential FM resource

As the swirling sand storm enveloped the office and with the outside temperature in excess of 40 degrees C+ the failure of the air conditioning was untimely, to say the least. A familiar challenge for a facilities manager in the Middle East but in this case compounded by the high pressure environment that is the British Army’s HQ in Iraq. Another unexpected problem in a challenging environment which demands swift resolution by a highly demanding client; does this sound familiar?

The military have a number of roles which are in effect highly experienced facilities managers which compare with their civilian counterparts. However, only a few companies are aware of this talent pool and even fewer are able to exploit it. This article aims to provide insight into the military, its facilities managers and how, by combining technical and leadership skills, they are an untapped resource which could benefit many of the UK’s large FM companies.

The FM challenges facing the military are similar to those faced by any other organisation or company, but the military will often find itself having to deliver highly effective, timely and affordable FM in extreme, high pressure environments. Whether it is an HVAC issue or ensuring there is sufficient water to cook and wash with through to maintaining the infrastructure of a small town in the desert which although temporary, can often have no clearly defined life span, meaning flexibility, resilience and a can do attitude are the watch words of those charged with keeping the military’s facilities operating effectively both overseas and at home.

Over the last few months there have been a number of articles in the media about service personnel and the transferable skills they offer to employers. There have also been a number of articles and high profile programmes which have focussed on the difficulties in translating skills learnt in the military into the civilian world leading to some personnel struggling to make the transition. This is a significant missed opportunity for individuals and business alike, which a few forward thinking companies have recognised and are beginning to turn the tide.

The Armed Forces have been recognised as the country’s best apprenticeship scheme, but it is only of value if that scheme is exploited by the wider business community. Service personnel, both at home and overseas on operations, work in FM, combining technical, commercial and people skills to ensure the military can do its job.

The vast majority of people have little or no understanding of the Armed Forces. Companies find the organisation impenetrable and struggle to translate and understand the skills and potential of service personnel.

The military has been set up to function independently both at home and overseas, often in extreme environments enduring highly stressful situations. As a result the military have to be able to deploy the full range of skills from HVAC engineers and plumbers to highly skilled electrical and mechanical engineers to ensure that military bases remain operational 24/7; no small challenge.

There was a recent article in the FM press describing a commercial kitchen as a stressful place; whilst this is not in dispute, a military facility in the middle of the desert, under threat of attack from both the enemy and the environment constitutes a significant challenge, a great learning environment for future FM managers at all levels and certainly on a par with a busy kitchen.

That is on the land, but what about at sea or in the air? The Royal Navy and Royal Air Force face even more demanding FM challenges in ensuring ships and aircraft as well their crews are maintained and kept in service.

Few people who have not served will be aware of what comprises a military barracks. A military unit will have a permanent location, mainly in the UK, where it will live, conduct its day to day business, train and subsequently deploy overseas, when and if required. The unit’s location is self-contained, mainly for security reasons, and as a result comprises: accommodation for up to 1000 personnel, catering in at least 3 different restaurants (soft FM is a key part of military FM), its own vehicle fleet which can consist of both wheeled and tracked vehicles, warehousing, offices, classrooms, lecture theatres and secure storage of weapons. All of these facilities must be managed. They will be overseen by a military FM who will run a team of military, civilian and contractors to ensure all facilities are fit for purpose and able to support the organisation. It is no different from any other large company, it just happens that the FM is in uniform and responsible for a 24/7 operation. This demands significant knowledge, experience and a management style which gets the best from a diverse team.

The skills of military facilities’ managers need to be well developed to be able to cope with the full range of FM challenges, but what of the people and their soft skills?

The military has long developed its people and it is these highly developed soft skills which are particularly evident in military personnel who have been involved in FM. This is because they have had to manage a mixed team of military, civilian and contractors; they have had to get the best from a team where persuasion, leadership, empathy, engagement and communication are far more important than rank and title. This is combined with a real customer focus to ensure the customer (other members of the unit) have the facilities they need to do their job. It has been recognised within the military for some time that if you look after your staff, develop the team, you will be better placed to deliver results and meet the requirements of the unit (i.e. the customer). FM companies are developing an awareness of this concept with a number investing in training and recruitment of personnel with the right skills and leadership skills. However, is there a talent pool already out there which is not being fully exploited which could meet the requirements of UK FM companies in 2016?

Military personnel are imbued with a can do ethos from the very first day they join and is carried with them throughout their service. Problems are expected and considered as solutions waiting to be found. Innovative, adaptable with the ability to capitalise on the knowledge and experience of the whole team meaning there is rarely a problem which cannot be solved in a timely, safe and economical way. If that sounds like a panacea, that is what military FMs are doing day in day out often working with ageing infrastructure or at the other end of the spectrum, new builds both in the UK and overseas, often in highly complex and difficulty environments. This calls for an assured, calm, confident approach to task and team which those selected and trained to deliver FM in the military context have in spades.

In summary, the military demands timely, effective and affordable FM, both hard and soft, on land and at sea. To deliver this it develops suitable, high quality individuals who have both the knowledge and leadership skills to deliver time and again, often under pressure and in difficult circumstances, whilst also building and developing the team around them. This talent pool represents a real opportunity for the UK FM sector. A few, forward thinking companies are beginning to exploit it, but it continues to represent a significant opportunity to the FM sector.

RDP is an executive search company specialising in supporting FM companies find talented managers, many of whom are experienced military FMs, to help meet their clients’ needs.

Author notes: Jon served 16 years as an infantry officer, serving in Northern Ireland, Bosnia and Iraq. As an experienced recruiter with RDP, which has a strong track record of supporting companies in the FM, rail and bus industry, he specialises in understanding a business’s requirements and attracting and securing high calibre individuals, many of whom are experienced, senior military personnel, to meet current and future requirement. RDP are also able to devise bespoke company role ready programmes combining executive search services with funded training to close the gap between military and civilian qualifications.

Picture: Confined to barracks - Military FM doesn't have to be restricted...it is a valuable, transferable skill

Reskilling for the FM Sector

With vacancies opening up across the facilities management sector, what transferable skills are most sought after by FM recruiters? Michelle Connolly is one of the...

Recruiting and On-Boarding During a Pandemic

Throughout the lockdown, companies have had to find new ways to navigate the hiring and onboarding process without face-to-face interaction. For both businesses and...