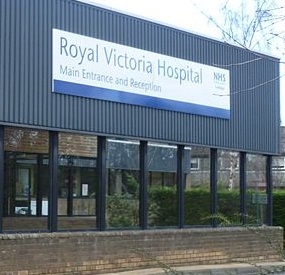 Fire crews were called to a small fire at a hospital in Edinburgh this morning (Friday 16 Jan) but sadly and elderly woman died at the scene. Firefighters deal with both the fire and evacuation of patients from the Royal Victoria Building in the Western General Hospital.

An Automatic Fire Alarm call was received by Scottish Fire and Rescue Service Operations Control Room in Edinburgh just before 2.30am this morning, from the hospital switchboard. Fire appliances from Crewe toll, Tollcross and McDonald Road community fire stations within the City of Edinburgh were immediately dispatched and arrived to find a small fire in a ground floor ward of the Royal Victoria Building

Two firefighters wearing breathing apparatus entered the ward, dealt with the fire and an injured female patient. At the same time, firefighters also assisted hospital staff with the evacuation of 14 other patients from the affected ward to another area within the hospital.

Sadly the patient passed away at the scene and SFRS Fire Investigation Unit officers along with Police Scotland officers are working together to establish the circumstances surrounding the incident.

Picture: With thanks to http://www.sarahboyack.com, MSP. In February, the  Scottish Government published a report looking at the state of NHS Scotland’s assets and facilities.