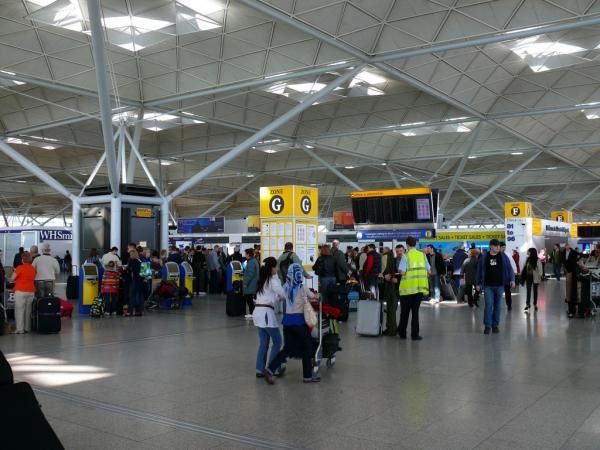 FM provider Mitie has insisted that its contingency plans will counter GMB security scanners who walked out over a pay dispute.

The baggage scanning staff walked out at the beginning of the week at Stansted Airport in Essex when Mitie refused to accept a claim for a 3% pay rise involving 10 GMB members.

“The company has made a 13.5% increase in profit... and our members want 3% which amounts to about 10p an hour,” stated Gary Pearce, Organiser, GMB. “They are responsible for making sure there is nothing untoward in the bags that travel on aircraft.” GMB members have rejected the 1.5% offer from the company.

Mitie’s current refusal of talks at ACAS shows that the company disregard for their employees also applies to their customers says GMB.

For its part, Mitie appeared to be adamant that it would not be shifted by the strike action that had already taken place and what the GMB said would occur over the approaching bank holiday weekend. A spokesperson said: “Our robust contingency plans meant that we experienced no disruption to services at Stansted Airport this Sunday. We continue to have strong contingency plans in place in the event of further industrial action the weekend. At Mitie we’re committed to treating our employees fairly with regards to pay and terms and conditions and will continue to do so.”

The GMB has demanded that Mitie attend talks at the conciliation body, ACAS, to avoid further strike on Monday 31 August by the 30 GMB members who operate the security scanners for checked in luggage which is scheduled for 3.45am-11.59pm. There is already an overtime ban in place.

Away from the industrial dispute at Stansted Airport, Mitie has been appointed preferred bidder for a five-year integrated FM contract with leading professional services firm, Deloitte.

The new contract has a total base value in excess of £40 million over the period. Mitie will deliver the complete range of FM services, including cleaning, security, landscaping, pest control, waste management, health and safety management, energy consultancy and helpdesk services across Deloitte’s entire UK estate, comprising 34 offices and more than 1.3msqft of office space.

FMs and management teams have a duty of care to staff and building users. In extreme heat itâ€™s vital to make sure people are as safe and comfortable as possible. Click Image To Read More