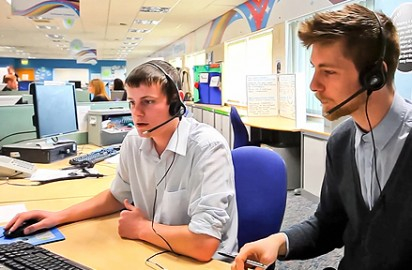 The Department for Business, Innovation & Skills has stated that the term ‘apprenticeship’ will be protected in law.

The legal protection of the term ‘apprenticeship’ will come through the Enterprise Bill which will give government the power to take action when the term is misused to promote low quality courses.

In spite of forthcoming public service cuts, the Cameron government believes that this can be achieved partly by setting targets to ensure that more young people can benefit. Schools, hospitals, prisons and police forces will, according to Skills Minister, Nick Boles, be creating opportunities for young people to improve their capabilities.

“If university graduates have their moment in the sun, so should people who undertake apprenticeships,” he declared. “Businesses know their value, so it’s high time they were recognised both by the public and in law as being equal to degrees.”

Mr Boles believed that it was time to “practice what we preach in government, so we’re going require all public sector bodies – schools, hospitals, prisons and police forces – to employ apprentices”.

However, the government has been blamed for a failure of apprenticeships helping young people under the age of 25. Last month, the Institute for Public Policy Research (IPPR) and the Local Government Association both stated that apprenticeships were failing to tackle youth unemployment and there was a disproportionate increase in those in the older age bracket.

The figures, that appear not to have been challenged by the government, are telling. They show that for the year 2013-14, under-19s applied for 57% of advertised apprenticeships but were successful in just 27% of them. When it came to over-25s, they accounted for 7% of applications but got 37% of the vacancies. In total, 42% of all apprenticeships created in the last five years went to people aged over 25.

“There is a big gap between the function apprenticeships should have in our economy and how they're being used in practice,” explained Luke Raikes, Research Fellow at IPPR. “The majority of apprenticeships are being used to train older people and those who are already employed at their company, instead of taking on young people out of work.”

Picture: The term ‘apprenticeships’ is to be given legal protection but worries have been expressed that the youngest are not seeing the benefits of schemes.