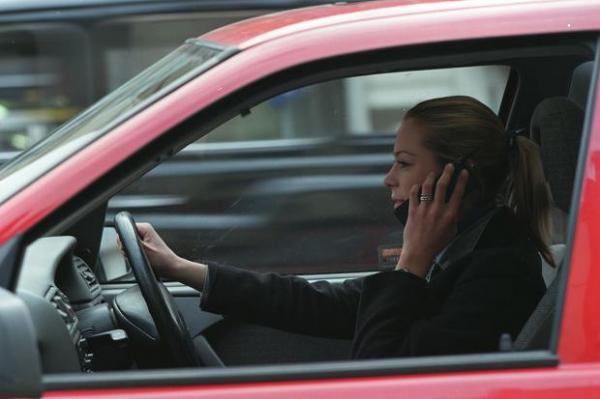 At the end of last week (and big news across the weekend), the government has declared plans to make using a handheld device whilst driving a fixed six point penalty offence with a £200 fine from early 2017. It is expected that using a hands-free kit will still be acceptable despite warning from many road user groups that telephone calls per se are a contributor to road accidents.

Second-offenders are likely to face an upto £1000 fine and a six month ban. Those who have recently passed their test and get caught using a mobile will probably be forced to retake their test.

The rules will apply to England & Wales, Scotland and Northern Ireland.

A number of surveys and police statistics now suggest that talking, texting or checking social media whilst driving has hit epidemic proportions.  The RAC's Report on Motoring suggest there are 11 million motorists who will make or receive a call while driving in the last 12 months and a shocking five million saying they have taken photos or videos while at the wheel of a moving vehicle.

The report has revealed that for some, attitudes towards handheld mobile use have relaxed over the last two years. The proportion of people who feel it is acceptable to take a quick call on a handheld phone has doubled from 7% in 2014 to 14% in 2016 and the percentage of drivers who feel it is safe to check social media on their phone when in stationary traffic, either at traffic lights or in congestion, has increased from 14% in 2014 to 20% in 2016. The percentage of drivers who said it was not acceptable to take a quick call at the wheel has correspondingly fallen 6% from 84% in 2014 to 78% today.

And it is not just attitudes that are shifting – actual behaviours are changing significantly too with the percentage of drivers who admit to having used a handheld mobile phone while driving having shot up to 31% which compares with just 8% who were prepared to admit this in 2014. Similarly the proportion of drivers who ‘own up’ to sending a text, email or posting on social media has risen to 19% today compared to 7% just two years ago.

The Report on Motoring reveals that two-fifths (41%) of motorists rank the use of handheld phones by other drivers at the wheel as one of their top four concerns, making it the nation’s biggest motoring angst of 2016.

The survey of over 1,714 UK motorists, now in its 28th year, starkly reveals a perplexing paradox - motorists express frustration with other drivers using a handheld phone and say it is their number-one concern in this year’s report, despite half (49%) of drivers admitting to using their handheld phone at the wheel in stationary traffic during the last 12 months, and a third (31%) who said they have used a handheld phone to make or receive a call while actually driving.

Other uses of handheld phones

Figures for other types of handheld phone use while in control of a moving vehicle are particularly alarming: 26% admit they have checked messages while driving in the last 12 months, while 19% have written and sent texts, emails or social media updates, despite the huge distractions involved. These figures rose dramatically when the driver was in stationary traffic with 46% admitting they check messages and 38% admitting they had written texts, emails or posted social media updates.

Research by the Transport Research Laboratory found that drivers using a handheld mobile phone had reaction times 30% slower than those who had exceeded the current drink drive limit. Crash statistics from the Department for Transport also show that in 2014 a driver impaired or distracted by their mobile phone was identified as a ‘contributory factor’ in 21 fatal road accidents, 84 serious and 387 slight accidents in the UK.

Picture: There are more reasons to use a phone whilst driving - none of them good reasons

With Summer holidays across much of the UK now in full swing, many families will be setting off on staycations. However, new research commissioned by Europcar UK has...