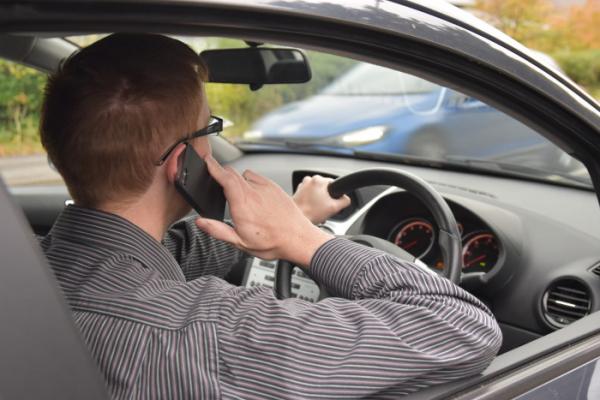 Fewer motorists are being prosecuted for using their mobile phone while driving than ever before.

The finding comes from the RAC which states it has seen official figures that show prosecutions are down by 47% between 2009 and 2014.

The fall comes despite figures from the DfT showing a ‘persistent’ number of drivers still using their mobile phone at the wheel, highlighting a what the RAC believes is a ‘worrying mismatch’ between what motorists see happening on our roads and what drivers are being prosecuted for.

A motorist caught using a mobile phone is most likely to receive a fixed penalty notice (FPN) from a police officer, as there is currently no technology in use by police forces that automatically detects illegal use. However, between 2011 and 2013 the number of FPNs issued dropped from 123,100 to 52,400, or a fall of 57%.

New figures show prosecutions for offences related to mobile phone use at the wheel have also fallen sharply. In 2014, 17,414 prosecutions were made in magistrates’ courts in England and Wales; 15,157 fewer than in 2009. A motorist may be summoned to a magistrates’ court if they ignore or choose to challenge a fixed penalty notice, if they already carry too many points, or if the offence is deemed too serious for a fixed penalty.

Mobile phone use was also highlighted in a general survey by the RAC that was published in September dealing with road safety and in particular, the illegal and dangerous behaviour of other drivers is one of the most significant overall issues of concern for motorists in 2015.

There has been a small increase in the number of drivers who admit to breaking the speed limit that could possibly be linked to the falling cost of fuel over much of the past 12 months.

The proportion of motorists who admit to drink-driving has not changed materially since 2014 but those who say they have taken banned drugs before driving has increased. However, the study found this may simply reflect wider awareness of the dangers of certain prescription drugs following the introduction of new legislation in England and Wales in March 2015.

Drivers who use their mobile phones to talk, text or use the internet are at the top of the most significant issues of overall concern to motorists this year. Just over a third (34%) rank these potential dangers as one of their top four issues of concern in the 2015 Report on Motoring.

The overwhelming majority of motorists (83%) think it is unacceptable to take even a short call with a hand-held phone while driving. The RAC found that ‘worryingly, 12% think this is a reasonable thing to do, up from 7% last year’. Almost three-quarters (73%) think it is not safe to use a phone to text or check social media while in stationary traffic, although 17% believe this poses little danger.

“Rarely a day goes by without a mobile phone story somewhere in the media,” said Steve Gooding, Director, RAC Foundation. Sadly it’s the story that keeps on giving because of the number of recognised figures – celebs or footballers – who get caught on camera, which suggests that many people still don’t really understand the risks they are running.”

Picture: Illegal mobile phone use comes top of the list of drivers’ concerns