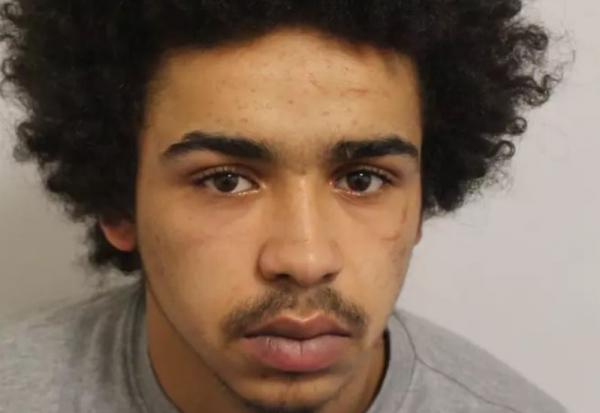 A moped gang who carried out more than 100 robberies in a period of less than three weeks were jailed on Wednesday, October 11 for a total exceeding 18 years.

Between 18 April and 5 May this year, the gang of four males, travelling on two mopeds, robbed victims of their mobile phones and personal possessions across the boroughs of Camden, Westminster, Kensington and Chelsea and Islington.

All three had pleaded guilty to conspiracy to commit robbery at an earlier hearing at Southwark Crown Court in June.

A fourth man, Shamsul Chowdhury, 40 from east London pleaded guilty at the same court on 4 August to handling stolen goods. He was sentenced to four years and ten months' imprisonment.

Armed with weapons, the robbery suspects rode around the streets of London looking for victims carrying items of value, mainly mobile phones. Once a victim was spotted, the mopeds would approach them and possessions would be snatched.

On occasions the mopeds would mount the pavement and some victims were threatened with a hammer and a metal bar.

On one occasion, the gang were spotted by an eagle-eyed, quick-minded photographer who took the opportunity to capture the criminals in action. The photographs were of high quality and were able to capture the distinct markings on the suspects' clothing such as logos and paint marks.

These images were passed to Westminster Crime Squad and also appeared in the media.

Making use of the distinguishing marks and distinctive mopeds, officers viewed hours of CCTV footage where the offences occurred and were able to map the route the suspects took.

Parkinson was arrested on 6 May after he was identified by detectives from Westminster Crime Squad. The images that had been circulated showed one of the suspects had part of a finger nail missing and also by a blemish on his nose - these matched up to Parkinson.

Over the next few days, further inquiries identified and led to the arrest of the two other males, aged 15 and 16.

During the search of the 15-year old's Islington home, photographs and video footage were found showing the suspects with the same distinguishing marks and clothing. They were seen to be riding mopeds dangerously and doing wheelies down the road.

Following mobile phone analysis, officers were able to establish that the trio took a taxi to Tower Hamlets where they met Chowdhury and exchanged the stolen goods for cash.

On 26 May, officers raided Chowdhury's home address and found the phone used to send and receive messages from the group. They also found 30 smartphones, several laptops, £3,000 in cash and a list of stolen phones which had been sold on.

Some of the seized stolen property was linked to two residential burglaries in Sutton, south London and a high-value warehouse burglary in Essex along with numerous moped enabled robberies.

They also found a notebook in which Chowdhury had detailed items he had received. Between 5 April and 17 May, Chowdhury logged the receipt of 327 items - the majority of these were mobile phones. Values were put next to them which totalled £52,150 - it has not been established if this was the price paid for the items or the money received for selling them on.

Chowdhury is believed to have shipped some of the phones to Bangladesh. Evidence presented by police included bulk text messages sent by Chowdhury to potential robbery suspects giving a price list of phone models and what he would pay. The prosecution claimed that by providing a ready market for stolen phones, Chowdhury was encouraging the offences.

Between 18 April and 5 May, there were 212 robbery and snatch offences in Westminster - 83 of these were committed by this gang.

Detective Superintendent Jess Ruddell of Westminster Police said: "Police are working hard to keep the public safe and make the streets hostile territory for criminals who steal scooters, mopeds, motorbikes and use them to commit other crimes.

"These suspects have been responsible for a huge number of crimes in London and have put members of the public in danger when committing their offences.

"Criminals such as these rely on the unwariness of the public to snatch their phones while they make calls, so it is important that the public is aware of their surroundings at all times and protect their personal property, particularly when emerging from a train or underground station or anywhere where they might suddenly decide to take out and use their phone. Smartphones are very valuable to these criminals and they can snatch them in an instant."

Police were called at just after 7:15pm on Monday October 9 following reports of a raid at the Mappin and Webb jewellery store. Officers attended and found that entry had been forced with weapons, including a hammer, axe and bats.

Six culprits are understood to have been involved. Previous recent raids have all taken place in the early hours.

Three suspects are believed to have entered the premises, breaking into display cabinets and stealing a high value of jewellery items. The trio then left the store to join three accomplices who waited outside on revved-up scooters throughout the raid.

The group - two up on each moped - then left in three separate directions. One pair fled in the direction of Oxford Street before their scooter was involved in a collision with a pedestrian. The female pedestrian was not seriously injured and did not require hospital treatment. A cyclist also swerved to avoid the scooter and crashed into a wall but suffered only minor injuries. There have been no reports of any other injuries.

The scooter involved in this collision was abandoned. Another scooter was later found abandoned outside the store where the original burglary took place. Both scooters have been seized for forensic testing.

There have been no arrests. Enquiries continue and a crime scene remains in place.

DC Matt Hollands from the Met's Flying Squad said: "We are following up a number of active leads on this live investigation. This raid was targeted and lasted only a few minutes. My team are busy collecting witness accounts and recovering vital CCTV footage of the burglary at the store and of the suspects leaving the scene.

"We know that the group panicked and rode recklessly in different directions to escape. Thankfully no members of the public were seriously injured. All the suspects wore dark motorcycle clothing and black motorcycle helmets and a weapon has also been recovered at the scene."

A 40-year-old woman has accepted a caution for causing a nuisance on school property following an incident at Thomas’s Battersea school in September.

The woman was arrested on suspicion of attempted burglary after she gained access to Thomas’s Battersea on Tuesday, 12 September.

She returned on bail to a south London police station on Monday October 9 and accepted a police caution for an offence under the Education Act. She was released with no further action in relation to attempted burglary.

Thomas's Battersea is the school attended by Prince George. The Metropolitan Police continues to work with the school on protective security arrangements for His Royal Highness.