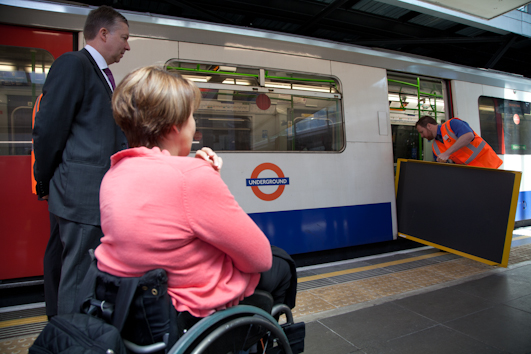 The Rail Maritime and Transport union - RMT – has declared five days of all-out strike action across London Underground as long-running talks hosted by ACAS, aimed at settling the dispute over cuts to jobs and ticket offices have broken down amid claims by the union that even more cuts will follow. The RMT has also added in degradation to traveller safety as a result of the cuts into its claims.

RMT members on London Underground have been instructed to take strike action as follows:

Furthermore all members in the station grades are instructed not to work any rest days or overtime from 00.01 hours on Tuesday 29th of April 2014 until further notice.

The RMT claims London Underground have refused to budge from plans that would axe 953 station staff posts and close all ticket offices but have made further plans to cut another 840 jobs…whilst adding to management staffing.

David Cameron and Boris Johnson have stated that only 3% of tube journeys involve a ticket office while the union say that job cuts will affect the safety of the elderly and disabled, women confronted by a de-staffed railway, those on the lowest incomes and tourists who need the assistance and advice of a ticket office and a member of staff.

RMT Acting General Secretary Mick Cash said: “Staff are furious that while senior management pay and staffing levels are being allowed to roar ahead the jobs and pay of the core, station based staff who are the interface with the travelling public are being torn to ribbons.”

No comments from the Mayor’s Office or TfL are available at this time.

RMT employees on the Heathrow Express have been instructed not to book on for any shifts between 03.00 hours on Tuesday 29th of April 2014 until 02.59 hours on Thursday 1st May 2014.