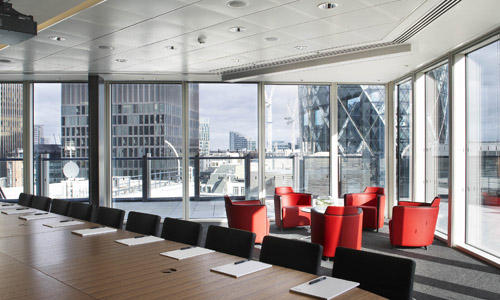 London is most expensive city to accommodate an employee, a position it has held since June 2014, it has been declared.

At £80,817 per person London is just ahead of New York, but more than double the cost of other Anglophone cities - Sydney, LA, Chicago - and 70% more expensive than rising 'upstart' San Francisco according to research by Savills.

A high Savills world class city ranking suggests that London and New York for now represent fair value, according to Savills latest Live/Work Index, which measures the combined cost of residential and office rental per person per year across leading world class cities.

The average total cost of accommodation per worker, per year in the 20 cities measured is US$56,855, a combination of established world cities and their dynamic up and coming rivals, dubbed 'upstarts' by Savills. This ranges from US$16,500 in Rio de Janeiro to US$112,800 in London, closely followed by New York and Hong Kong. San Francisco saw the greatest price rise over 2015, up by 13%, compared to a 9% fall in Moscow and Rio de Janeiro, and is top of the table in A.T. Kearney's Ranking for Global City 'Future Potential'.

"The productivity of cities and their value to global businesses clearly has a pronounced effect on demand and hence rental costs. The highest ranking global cities, London and New York, are also the most expensive for businesses and workers to occupy. Arguably both are achieving a fair price in relation to their composite world city scores but Hong Kong looks more fully valued," says Yolande Barnes, head of Savills world research.

"However, world cities can become a victim of their own success when rents rise to the point where affordability becomes an issue. Rapid urbanisation demands supply elasticity - the test for the top Alpha cities is to supply new business quarters and residential neighbourhoods while capturing the characteristics that made the city attractive in the first place. Growth without social, economic or environmental loss is perhaps one of the biggest challenges facing our world cities today."

Meanwhile, London’s 100 largest law firms by sq ft occupied saw rents rise 7% in 2015 to an average of £43 per sq ft. Many have offset the rise by reducing space and radically rethinking the workplace, according to research from CBRE.

Many of the CBRE Legal 100 firms, 95 of which are now located in the City, have been responding to rising costs by taking less space and occupying more efficiently. Last year, there were 63 relocations, 19% more than the previous year, pushing office take-up in the legal sector to 12% above the 10 year average.

However while UK firms in the CBRE Legal 100 are downsizing their footprint in London, international firms are in expansion mode. UK firms tightened their belts by 9% between 2012 and 2015, losing 725,000 sq ft of floor space to bring average space per fee earner down 8% to 457sq ft per fee earner and offsetting rent rises which now stand at £20,200 per fee earner.

International firms have meanwhile grown their footprint in the Capital by 12%, gaining 225,000 sq ft over the same period in a bid to seek competitive advantage. This has resulted in an average space per fee earner of 588 sq ft, 29% higher than their UK counterparts and 13% more expensive.

A number of law firms have continued the trend towards open plan working including CMS Cameron McKenna, Ince & Co and BLM. The CBRE Legal 100 Benchmark shows that open-plan office layouts require 20% less space per head than traditional cellular structures, resulting in average rent costs of £21,800 per fee earner, £5,300 less than £27,000 for cellular spaces.

Frances Warner Lacey, Senior Director, Central London Tenant Advisory Group, CBRE, said: “Property overheads are the second largest cost after salaries for law firms, so as they face up to rising competition and pressure on fees, real estate costs are one area where savings can be made. London continues its position as a global city, so instead of moving elsewhere, many firms have elected to make their current space work harder, while also nearshoring the use of contract lawyers and legal support centres to improve efficiencies. This approach has allowed law firms to maintain their fee-earner presence in the City.”

Picture: London lawyers have noticed the rise in the cost of property