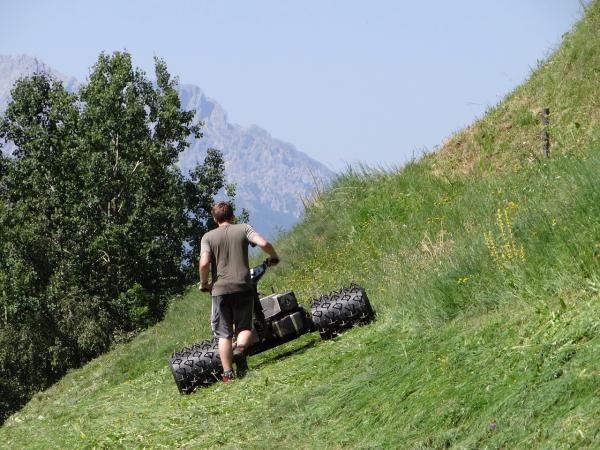 Thanet District Council has been fined after a worker was left with permanent injuries after being diagnosed with hard arm vibration (HAV).

Canterbury Crown Court heard how a worker from Thanet District Council was diagnosed with suffering from HAV after visiting his GP. Symptoms of the condition can include tingling, pins and needles, numbness and pain in the hands. This affects sleep when it occurs at night and sufferers have difficulties in gripping and holding things, particularly small items such as screws, doing up buttons, writing and driving.

An investigation by the Health and Safety Executive found that the worker would typically spend up to 6 hours a day using a range of powered equipment including mowers and hedge cutters, depending upon the season. He was not under any health surveillance or told how he should report his symptoms.

The council had not taken steps to eliminate or control the exposure of their workers to HAVs. They also failed to educate their workers on the risk and train them on how to control their exposure to the vibrations caused by the power tools.

At the time of the investigation the council were issued with an improvement notice, as soon as they started to rectify the problem and implement the appropriate health surveillance a further 15 cases of ill-health relating to vibration exposure were identified and reported to HSE.

HSE Principal Inspector Mike Walters, said: “Hand Arm Vibration is a serious disease that impacts on people’s lives and impairs their ability to work. It is entirely preventable but once the damage is done it is permanent. Any business, council or employers can learn from this case. If you have workers who use heavy machinery you need to ensure you properly manage the risks from HAVs, control or eliminate the exposure and train them so they can identify the symptoms.”

A car component manufacturer has been sentenced after six workers experienced back injuries from repeatedly lifting heavy car engine parts by hand.

An investigation by the Health and Safety Executive found that workers who were based on two of the company’s production lines were expected to manually lift engine components weighing between 14 and 21kgs, hundreds of times during a shift. Mechanical lifting aids were either not provided, not suitable, or no training had been received by workers in how to operate them. There were no suitable or sufficient manual handling assessments in place for the tasks involved.

HSE Inspector Elizabeth Hornsby said: “Companies need to recognise that manual handling as a high risk activity. It is equally important to get health issues right, as well as safety. An Office of National Statistics report on Sickness Absence in the Labour Market stated that 30.6 million days were lost in 2013 due to musculoskeletal problems. This itself should highlight the need for employers to get health issues right.”