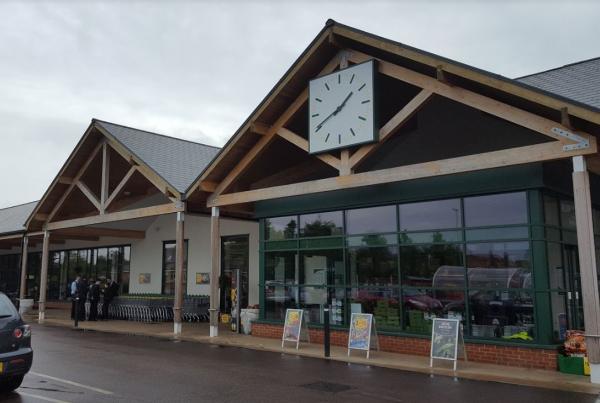 Detectives have charged two men jointly with the murder of a 26-year old man following a brawl at a Morrison’s supermarket in Wymondham in Norfolk on Monday, July 17 night.

John Monk 43-years old and his nephew, Lee Monk 19  and both from Wymondham are charged with the murder of Nick Rogers as well as affray and were remanded in police custody to appear at Norwich Magistrates Court on Thursday 20.

No further action will be taken against three other people arrested in connection with the incident, an 18-year old woman and two men aged 41 and 42.

CCTV footage from the store was taken by the police. It will be held in evidence for a possible High Court hearing once the investigation is completed and a (possible) trial date set.

A Home Office post mortem was held on Wednesday, after the victim, who remained on the critical until Tuesday, July 17, was pronounced dead in hospital.

Police Officers were called to Morrisons just before 8:00pm after concerns were raised for the welfare of a man who had been involved in an altercation inside the shop.

The victim, aged in his 20s and from the local area, was treated by East Anglian Air Ambulance medics as well as East of England Ambulance Service personnel at the scene, before being transferred by helicopter for further treatment.

Detectives continue their enquiries into the circumstances surrounding the assault but can confirm there were no weapons used.

The supermarket remained closed until shortly after midnight to allow investigations to be completed and reopened for normal business hours on Tuesday 18.

Detective Chief Inspector Marie James, from the Norfolk and Suffolk Major Investigation Team, who is leading the investigation, said: “The incident took place inside the supermarket where other customers were present at the time and given the rare nature of such incidents in this town, I fully understand how shocking this must be for the local community."

Picture: The Norfolk Morrisons supermarket where a brawl inside the store led to the death of a young man