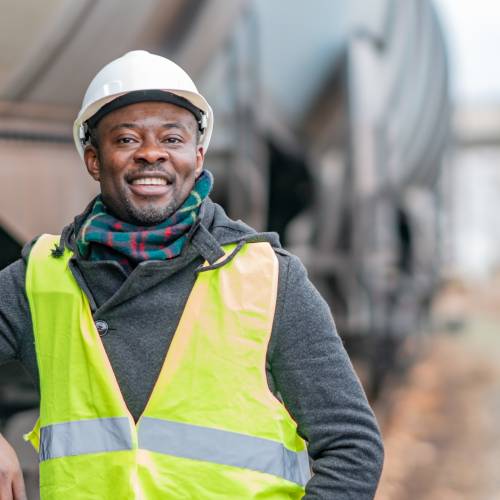 New Year's Eve saw the Low Pay Commission publish 2019 recommendations on the National Living Wage (NLW) and National Minimum Wage (NMW) - which if accepted would see the NLW at 60 per cent of median earnings - the target set by the Government back in 2015.

The Chancellor of the Exchequer, Sajid Javid, has indicated he will set a further target of two-thirds of median earnings by 2024.

Bryan Sanderson, Chair of the Low Pay Commission, said: "The NLW has been an ambitious long-term intervention in the labour market. The rate has increased faster than inflation, faster than average earnings and faster than most international comparators.

"This has raised pay for millions without costing jobs, although employers have had to make a variety of other adjustments to deal with the increases."

Commenting on the announcement that the new National Living Wage will be set at £8.72, with the National Minimum Wage increasing across all age groups, Co-Executive Director of the British Chamber of Commerce, Hannah Essex, said:  “Businesses want to pay their staff a good wage. They recognise and support the drive to improve living standards. But many have struggled with increased costs in a time of great economic uncertainty. Raising wage floors by more than double the rate of inflation will pile further pressure on cash flow and eat into training and investment budgets. For this policy to be sustainable, government must offset these costs by reducing others - and impose a moratorium on any further upfront costs for business.”

Sanderson responded: "Our recommendations on the NLW are conditioned on sustained economic growth. In 2029, this bar was more narrowly reached than in previous years. Nevertheless, the economy has continued to grow and the labour market has performed well overall.

"The Chancellor’s intentions for the next phase of the NLW will mean further ambitious increases. We will continue to keep a close eye on the evidence and to report to the Government on the challenges this involves.

The April 2019 increase in the NLW directly raised pay for around 1.6 million workers in 2019. Overall, the number of workers paid at the rate has remained stable since 2017.

While in recent years NLW workers have done better than their counterparts paid above the rate, this year there was strong pay growth across the bottom two-fifths of the distribution. This suggests employers have taken measures to preserve pay differentials, changed their workforce structures or simply raised pay to compete with other firms.

Average weekly pay for NLW workers grew faster than for most other groups between 2018 and 2019, as these individuals typically worked more hours. This marks a change from previous years, when increases in the NLW had a weaker effect on workers’ weekly pay and therefore on living standards.

This year’s recommendations for younger workers are higher than in 2018, reflecting the strong pay growth and stable overall employment levels for these groups. This will be the final year in which the NLW will apply to workers aged 25 and over, with the age threshold coming down to 23 in 2021 and to 21 by 2024.

Rates for workers aged under 25, and apprentices, are lower than the NLW in reflection of lower average earnings and higher unemployment rates. International evidence also suggests that younger workers are more exposed to employment risks arising from the pay floor than older workers. Unlike the NLW (where the possibility of some consequences for employment have been accepted by the Government), the LPC’s remit requires it to set the rates for younger workers and apprentices as high as possible without causing damage to jobs and hours.

The Accommodation Offset is an allowable deduction from wages for accommodation, applicable for each day of the week. In April 2020 it will increase to £8.20 per day, matching a commitment made in 2013 to increase it to the level of the National Minimum Wage.

Katherine Chapman, Director of the Living Wage Foundation, said: “This announcement will be welcome news for low paid workers. There are still over 5 million workers in the UK earning less than the real Living Wage and many families will have struggled with extra costs over the holidays, so this increase in the minimum wage provides a vital pay boost.

"However, there is a still a gap between the government minimum and the Real Living Wage, independently calculated based on what it costs to live.

"There are almost 6,000 employers that have voluntarily committed to pay a real Living Wage to make sure everyone who works for them, including cleaners and sub-contractors, earn a wage they can live on. We now need to see more businesses show leadership, step up, and do the same."

Picture: The National Living Wage will hit 60 per cent of median earnings in April 2020.