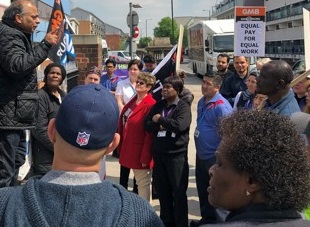 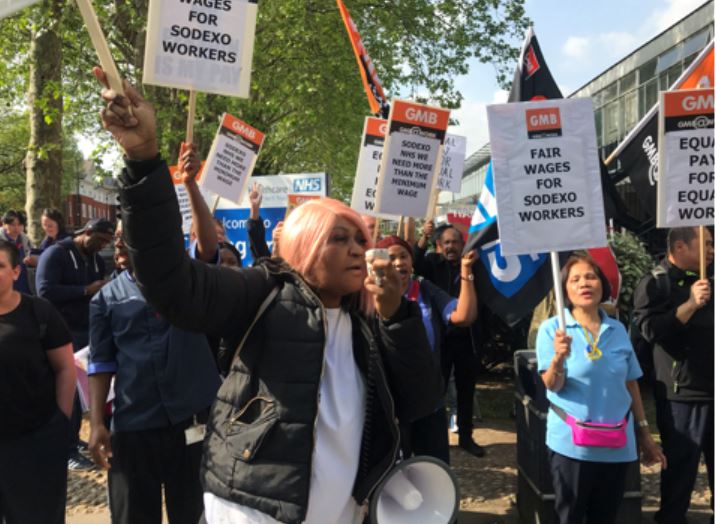 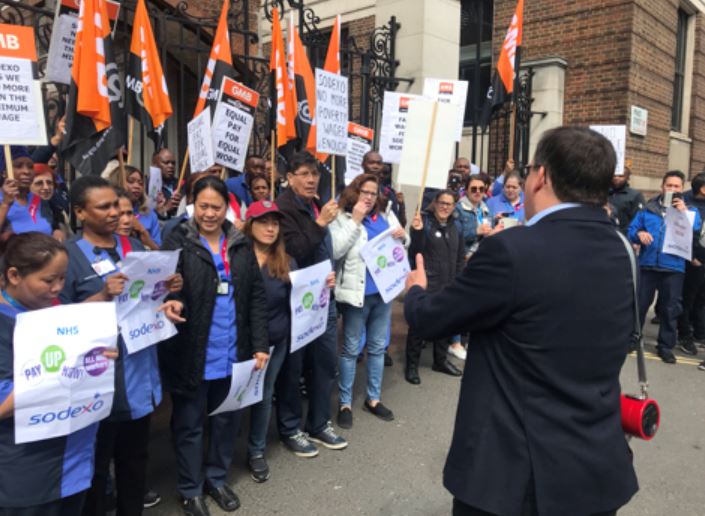 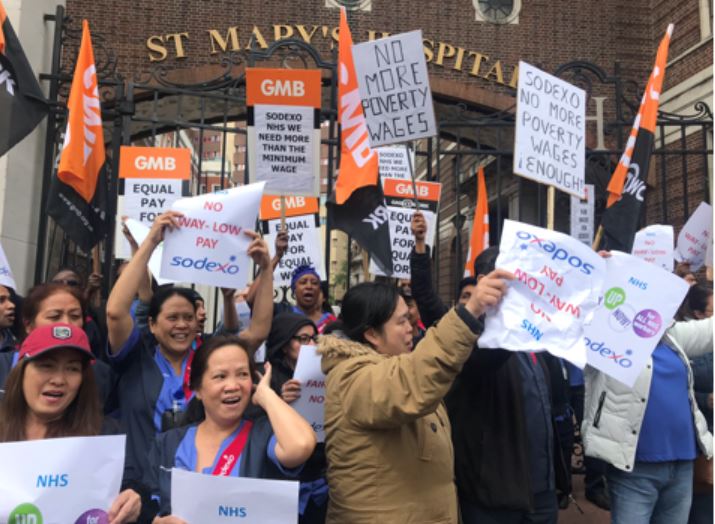 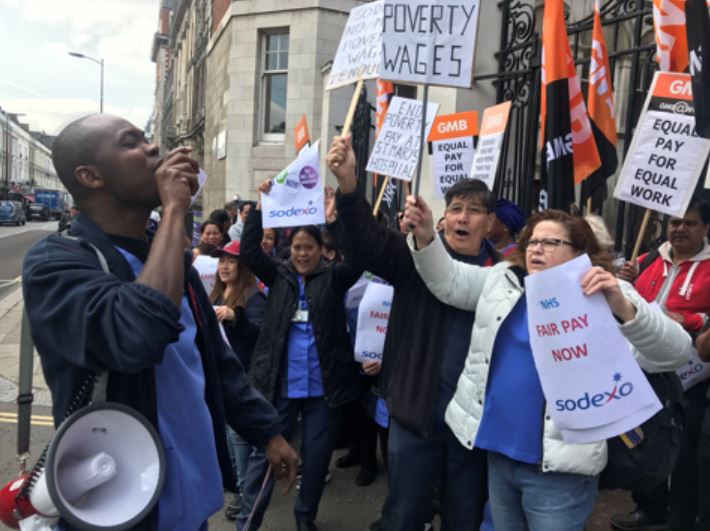 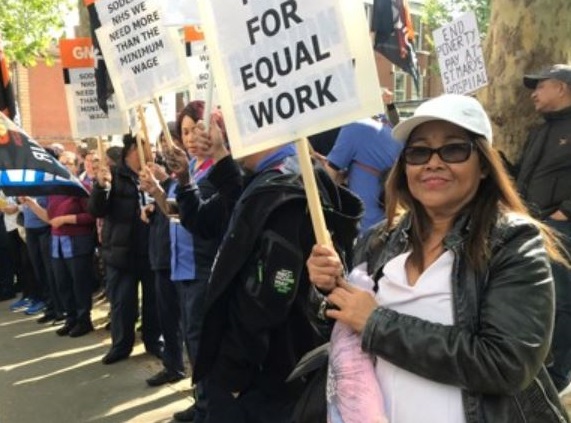 The workers' union, the GMB, said they have had enough of minimum wage pay and are considering strike action.

The prestigious St Marys Hospital in Paddington, Hammersmith Hospital in Shepherds Bush and Charing Cross Hospital in Fulham were all affected by the protests outside their main entrances.

One worker in Hammersmith Hospital, a mother of three, said: “We all do our best for the hospital. I clean blood, vomit and facies, day in and day out. I think I am worth and deserve more than the minimum wage.”

A porter at St Marys Hospital said: “None of us want to go on strike but we will protest. I love my job but I am only surviving in London on the minimum wages of £8.21. I cannot take this anymore and many of my colleagues feel the same."

Michael Dooley, of the GMB union who is organising the protests said: "We have not ruled out strike action but many of our members do not want to disrupt the patients' routine so they will protest for now to show the hospital trust, the public and their employer that they are not sitting back and accepting poverty pay when other workers get the London Living Wage.

“The staff in the NHS should be properly rewarded for their labour, this includes the staff who have been contracted out who undertake the work that keeps the hospital running and patients comfortable and safe.”

Picture: Porters, cleaners and domestic staff who work for Sodexo at three London hospitals have protested over low wages.