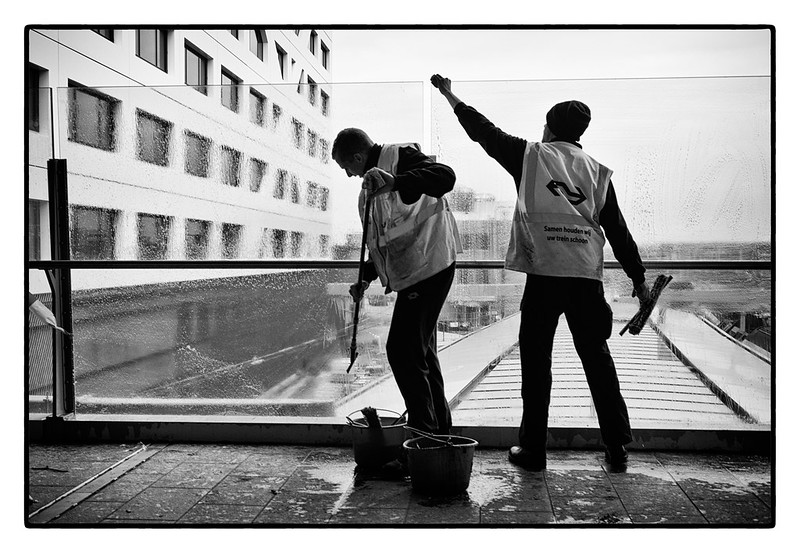 Stronger enforcement of the minimum wage is needed as underpayment is rising and fines for those underpaying are too low, according to new research by the Resolution Foundation released on Wednesday January 8.

The research has been entitled 'Under the wage floor'. It says that the huge success of the UK’s legal minimum wage over the last 20 years has combined higher wages for low-paid workers with reported minimum wage non-compliance falling consistently between 1999 and 2015.

However, non-compliance has been increasing since the introduction of the National Living Wage (NLW) in 2016. Around one in five workers aged 25+ earning around the legal minimum were reportedly under-paid in 2016 – a figure that has since risen to over one in four workers last year, according to the Resolution Foundation.

With the minimum wage set to rise twice as fast as average earnings over this Parliament, and the number of workers covered set to more than double the Foundation says that firms’ economic incentives to comply with the minimum wage need to be in the spotlight again.

Under the wage floor says that most firms want to pay the minimum wage and that fines are only the main deterrent for the minority of firms that do break the law. It explores whether enough firms are being caught and whether the fines levied on those that are caught provide a sufficient deterrent.

The research document argues that while HMRC is catching more non-compliant firms (it identified a record 1,456 firms in 2018-19) and issuing higher fines (it levied a record £14.1 million of penalties in 2017-18), the economic incentives for firms to comply with the law are still far too low.

The accompanying report notes that while HMRC has the power to levy penalties worth up to 200 per cent of wage arrears for non-compliance, its issuing of arrears-only demands and early repayment discounted fines means that the average HMRC penalty in 2017-18 was worth around 90 per cent of the wage arrears owed.

Given this level of penalty, firms would need to believe they had a one-in-two chance of being detected for this to be an effective deterrent against minimum wage underpayment. Even if HMRC levied the full 200 per cent penalty on firms, a detection rate of at least one-in-three would be needed to act as an effective economic deterrent.

The report shows however that at the very most, under-paying firms face one-in-eight chance of being caught by HMRC - and the detection rate for small firms is likely to be far lower. This shows why both detection rates and penalties need to be increased, says the Foundation.

Under the wage floor says that government plans announced in the Queen’s Speech to create a new Single Enforcement Body offers a perfect opportunity to toughen up minimum wage compliance before millions more workers are affected by it.

Lindsay Judge, Senior Policy Analyst at the Resolution Foundation, said: “The minimum wage has been one of the UK’s biggest policy successes in recent decades, delivering much-needed pay rises to millions of low-paid workers. Its success is dependent on employers taking it seriously, with those firms paying it not being undercut by a minority that fail to do so.

“The welcome introduction of the National Living Wage in 2016 has led to a worrying rise in minimum wage underpayment. As the government plans to increase the legal wage floor through this parliament, it is essential to strengthen the incentives for firms to comply.

“The introduction of a new single enforcement body for labour market rules offers the perfect opportunity to toughen up the law. But while that may take years to get up and running, the government can act today by encouraging HMRC to take a tougher line with minimum wage offenders, and being given the power to levy larger financial penalties.”

As the onus of reporting cases of under payment currently falls on low paid workers themselves many fear reprisals if they act and so keep their heads down says GMB London as the union  commented on Under the wage floor.

Warren Kenny, GMB regional secretary London, said: "The level of under payment of the national minimum wage is likely to be higher than the figures from HMRC shows. This is because the onus of reporting cases of under payment  currently falls on low paid workers themselves. Many fear reprisals if they act and so they keep their heads down."

The GMB has called for workers to be able to ask their trades unions to be able to take up cases on their behalf with HMRC. This is not allowed at this time.

Kenny continued: "As the national minimum wage increases as a proportion of average wages, it is essential that other enforcement avenues are opened up for vulnerable workers. This is something the new Government could do to help workers across the land at no cost to taxpayers."

Picture: Stronger enforcement of the minimum wage is needed says the Resolution Foundation. To download a copy of Under the wage floor - Click Here