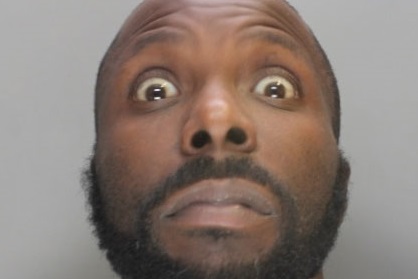 A man who posed as an office cleaner in order to steal IT equipment worth approximately £17,000 has been jailed for a total of four years.

In order to avoid arousing suspicion, Neville Gray would present himself as a cleaner, allowing him access to various offices in the City. After tricking his way into numerous offices he was able to make off with a significant amount of goods including mobile phones, a projector, multiple laptops and cash from office workers' desks. During his burglary spree, Gray amassed goods worth approximately £17,000.

Gray targeted multiple occupancy office blocks on Cheapside, Cornhill, Leadenhall Street and Fredericks Place; as well as other locations in the City, often in the afternoon.

City of London officers were called on Tuesday 11 October 2016 to a premises on Old Jewry. They stopped a man leaving via the fire exit carrying two Apple iPads and two laptops. He admitted to officers on the street that he had stolen the items in his possession. It also transpired that Gray had also burgled a premises on London Wall earlier in the evening and stolen a phone and assaulted the security guard.

When City of London Police detectives began to investigate they found that Gray was responsible for numerous burglaries across the City, including one dating back to Monday 9 November 2015.

Detectives were able to use CCTV images to place Gray at a number of burglaries over a 12 month period.

Detective Constable Hannah Sydney, who led the investigation and linked Gray to the multiple offences, said: “Gray is a prolific burglar and was able to trick his way into office buildings. He was not afraid of talking to staff, quite the opposite, he acted as if he were employed in the building. Gray seized upon any opportunity to gain access to office premises. A door closing behind someone leaving the building or employees going into work - these were all chances for Gray to exploit.

“I thank the members of staff who confronted Gray and questioned his story. Remember, challenge unknown people at work - if someone is attempting to gain access to your place of business and you are not sure who they are - ask to see identification. A legitimate person would not be offended and will be able to prove who they are.”

A man arrested at Heathrow Airport for an offence under the Terrorism Act has been bailed.

Officers from the Met's Counter Terrorism Command (SO15) arrested a 50-year-old man at Heathrow Airport on Wednesday, 4 January as he disembarked a plane from Cairo. He was arrested under s58 TACT (possession of articles containing information of a kind likely to be useful to a person committing or preparing an act of terrorism).

A search of a residential address in north London as part of the investigation has now been completed.

The arrest was pre-planned and not in response to any immediate danger but as part of an ongoing investigation into allegations of terrorist activities overseas. This arrest was not related to ISIS or Syria.

Picture: Neville Gray of Percy Circus WC1 will not be home for a while