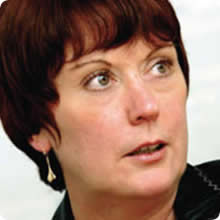 With an enviable record in health and safety, the HSE has published six themes that its new five-year UK strategy will have for the country.

Despite the favourable figures relative to comparable countries, the HSE has recognised that the latest statistics need to be improved upon; hence the strategy that has been published.

The six themes for the new strategy are:

A discussion has now started to involve the people and organisations that can help the nations and regions of UK work well.

“We can be proud of the country’s record on work-related safety and health as it’s one of the best in the world,” stated Judith Hackitt, Chair, HSE. “Making it even better is the challenge, so that we can all continue to help Great Britain work well. Getting risk management right is an enabler for productivity, innovation and growth and is integral to business success as well as the wellbeing of workers.”

Ms Hackitt went on to state that the HSE is starting a conversation with a wide range of ‘influencers’, including employers, workers, local and central government, trades unions, other regulators and key representative groups “because it’s important that this is a strategy for all, shaped by all”.

Figures obtained by UCATT have revealed a decline in the number of inspections that HSE is undertaking on construction sites. The construction union UCATT made a...