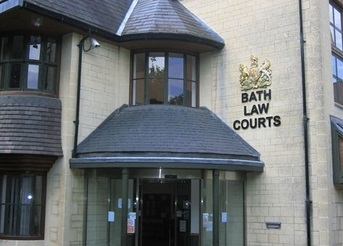 Royal United Hospitals (Bath) NHS Foundation Trust has (in week ending December 15) pleaded guilty to a charge under Section 3(1) of the Health and Safety at Work etc Act 1974, at Bath Magistrates’ Court.

This follows a HSE investigation into how Royal United Hospitals Bath managed the risks to patients from legionella bacteria in its hot and cold water systems, between 1 July 2009 and 28 August 2015. The defendant will be sentenced at a later date.

A HSE spokesperson said: “We acknowledge the defendant’s guilty plea and a further statement will be released on sentence.”

Two companies, Deans Construction Limited and Universal Coatings and Services Limited, have been sentenced week ending December 15 after a roofing sub-contractor was ejected from the basket of a cherry picker, resulting in serious chest injuries.

Teesside Magistrates’ Court heard that, on 13 May 2016, the injured person was carrying out roofing repairs inside a large industrial building at Port Clarence Offshore Base in Middlesbrough. He was thrown from the basket of a cherry picker when it was hit by a moving crane. He was wearing a work restraint lanyard and harness which saved him from falling 12 metres and suffering serious injuries.

An investigation by the HSE found that the risk of impact between the cherry picker and the operational crane had not been identified by the roofing contractor, Deans Construction Limited, or the client, Universal Coatings and Services Limited. Consequently, suitable measures were not taken to prevent operation of the crane when the roof repairs were being carried out inside the building.

Deans Construction Limited of Frederick House, Brenda Road, Hartlepool pleaded guilty to breaching Section 3(1) of the Health and Safety at Work etc. Act 1974 and was fined £1,000.00 and ordered to pay costs of £621.00.

Universal Coatings and Services Limited of Port Clarence Road, Middlesbrough pleaded guilty to breaching Section 3 (1) of the Health and Safety at Work etc. Act 1974 and was fined £18,000.00 and ordered to pay costs of £823.00.

Speaking after the hearing, HSE inspector Michael Kingston said: “This incident could so easily have been avoided by the roofing contractor and the client working together to ensure that the risks were properly identified, and that suitable control measures were put in place.

“The risk of impact between the operational crane and the cherry picker should have been identified, and the crane should have been isolated from its power supply to prevent it being used during the roof repairs. Had these simple measures been taken, life changing injuries to the worker could have been avoided.”

Chelsea & Westminster NHS Trust and Imperial College London have been fined (Week ending December 15) after the death of a lone worker.

Southwark Crown Court heard how Damian Bowen was asphyxiated whilst working with liquid nitrogen at St Stephens Centre Laboratory, Fulham Road, London owned by Chelsea & Westminster NHS Trust. He lost his life whilst decanting liquid nitrogen which he was using to freeze blood samples for transport.

An investigation by the HSE into the incident, which occurred on 23 October 2011, found the local exhaust ventilation provided to extract dangerous substances, such as liquid nitrogen, had been switched off.

The investigation found that Mr Bowen’s death could have been prevented if the extraction system had been switched on.

After the hearing, HSE inspector Anne Gloor said: “Liquid nitrogen, rapidly expands as a gas, replacing the oxygen in a room and creating a situation where life cannot be sustained.

A London based building contractor, MY Construction has been fined after failing to plan, manage and monitor work under its control, leading to gross exposure of workers to Respirable Crystalline Silica (RCS).

Westminster Magistrates’ Court heard MY Construction was undertaking a project that included the refurbishment of a building in London. A proactive site inspection on 5 July 2016 found workers in a basement had been dry cutting approximately 250 bricks to shape them for use in bay windows.

An investigation by the HSE found that failures in health and safety management had led to numerous issues on site. Workers were not informed of the dangers of inhaling the dust, they were not made aware of the correct controls, and the work was not supervised by a competent person.

MY Construction & Carpentry Limited pleaded guilty to breaching Regulation 13(1) of the Construction (Design and Management) Regulations 2015 and was fined £40,000 and ordered to pay costs of £2313.10.

Speaking after the hearing HSE inspector Prentiss Clarke-Jones said: “Over 500 construction workers are believed to die from exposure to silica dust every year. It is the biggest risk to construction workers after asbestos. This number can be reduced by those in control of the work through adequate planning, managing and monitoring of the work on site. MY Construction has been repeatedly warned by HSE about the dangers of silica and has today been held to account for failing to take adequate action to protect the health and safety of its workers.”